The not-so-perfect side of travel

It’s not a secret that I love traveling around Europe. I love the excitement of booking a flight to a place we have never been before, of searching for hours for the perfect hotel room, of drafting an itinerary of things to do, see and eat. And about 90 percent of the time, the trip is as awesome as I build it up to be in my head.

Then there is the other 10 percent of the time. Like when we drove to Croatia in August of 2015, and the car ride that was only supposed to last 7 hours took 15, and by the time we arrived, we were tired, cranky and a little over it even though we had a week left in the country.

Or like this past 4th of July weekend when I had visions of lavender fields dancing in my head, and instead got flight cancellations, hotel cancellations and new visions of just calling it quits and going home.

The Saturday we were slated to fly to Marseille actually started out great. Stuttgart has a version of ComicCon and we had a blast mingling with the thousands of other comic fans  – some more enthusiastically taking part with elaborate costumes than others – and by the time we hit the airport for our flight, we were in great moods.

And that mood lasted all of two hours, until our layover in Charles de Gaulle Airport. We were within an hour of our flight taking off and grabbing a quick coffee when we noticed an unusually large mass of people heading for the baggage claim area. We got an explanation for why shortly afterwards when a frantic French man who worked at the airport told us we had to leave the terminal immediately. (However, we had just paid 20E for two coffees and two waters. We weren’t going anywhere without them.) We loitered until the very last moment, when security swept through the terminal and forced us to leave with the rest of the 2,000 stranded travelers. 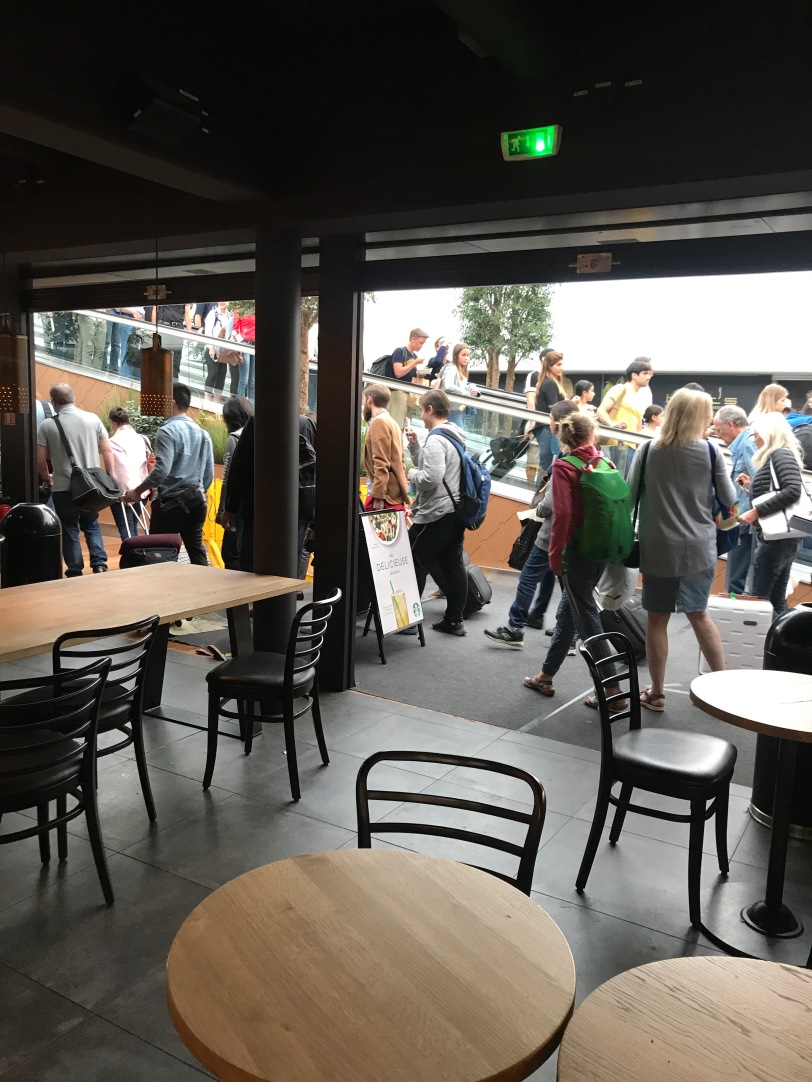 Watching fellow travelers file out of Terminal 2F. We definitely need our coffee for what was ahead!

Knowing what I know now, we should have just gone to the Air France office instead of waiting for two hours for the gate to reopen. (It was later revealed in that an individual jumped the security gates that separate the terminal from the baggage area and was found in a restricted area).

The only news report we could find on the internet, besides the live updates streaming on Instagram and Twitter. Because of the recent terrorism issues and the upcoming Bastille Day celebrations, France, and it’s media, has tried to downplay any issues, however minor.

By the time the gates reopened, the flight board changed and our trip was cancelled. At that point, the Air France office was overrun, and John and I had a decision to make. Stay, and keep waiting for hours. Or try to make the last train leaving for Marseille. Neither was particularly appealing, considering by this time, it was already 6 p.m. and we were running out of daylight.

Any relationship article you read will tell you that to truly know if you and your significant other will last is to take a trip together. Following the ridiculous Croatia drive, during which we averaged 38 mph in stop and go traffic, I was amazed we were a. still married, and b. that both of us were still alive as neither were particularly pleased with, well, anything. However, the two hours of waiting shoulder-to-shoulder had heightened my stress to a point where I had felt like I was going to faint, and it could have been the same for John. Except, instead, he balanced my anxiety by pulling me aside before we made any decision and told me that, no matter what, we were going to have a great weekend. In lavender fields or in Stuttgart. He is a keeper. 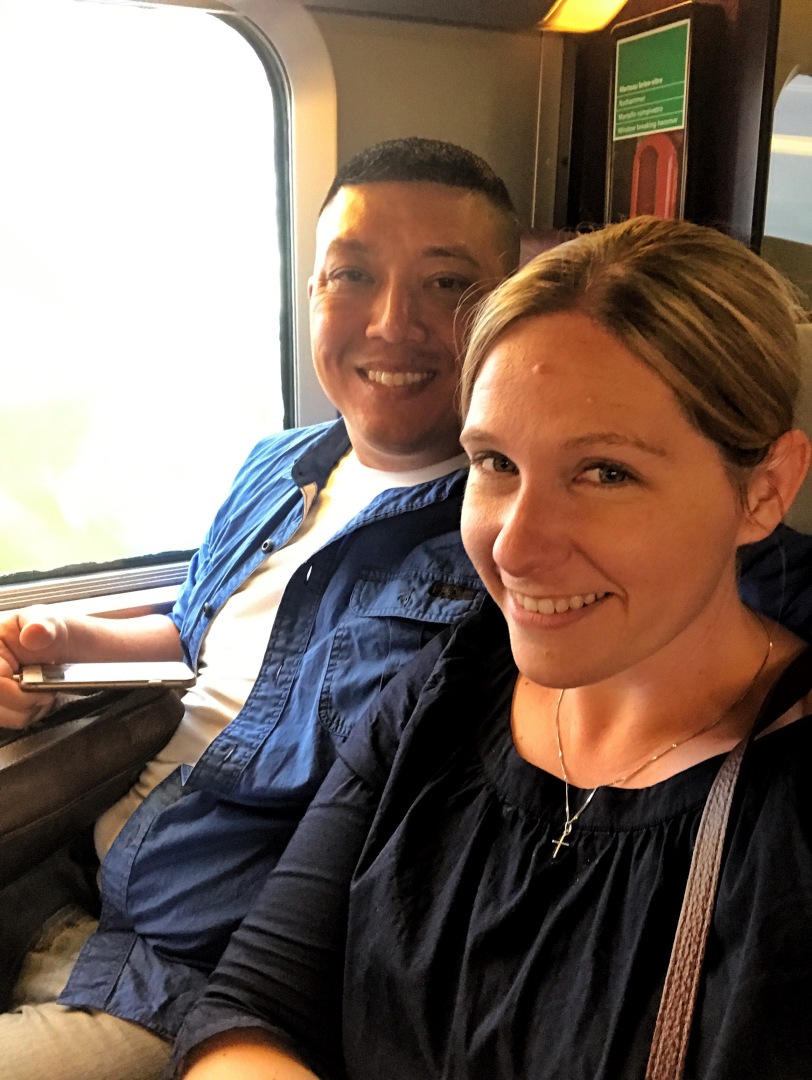 I’m still smiling, mainly because of John. He was definitely the calming effect on me during this horrendous travel day.

We made it to the train ticket office, and had six minutes to decide if we were going to take the 4-hour ride to Marseille or possibly be stuck in Paris for the night before getting the chance to go home. Thinking in terms of money, we figured we would still lose more money if we went home rather than continuing on. So, 212E later, we were on our way to the South of France.

The trip was back on track, right?

Not quite. Because it was so late in the day, we weren’t going to get into Marseille until 11:30 p.m. Our Avis rental car was at the airport, but we were going to pull in to the main train station – 30 minutes from the airport. If we were lucky, and did manage to make it before Avis closed, we still had an hour drive to our hotel. And because our hotel was in one of those cute little French towns, it did not have a 24-hour front desk. A phone call to the hotel confirmed our fears that they wouldn’t be open. Even worse, the very nice (ahem, sarcasm) owner told us that despite the flight cancellation and our best efforts to get there, they would not be refunding us for the night.

Now, we have paid money for the train tickets, an extra night for a rental car we weren’t using and a hotel room that was sitting empty. Oh, and we were going to have to find a hotel in Marseille – a town we knew nothing about – at around midnight. To say I was drained (and wanting wine) would be an understatement. John continued to be a trooper, as was the sweet woman who sat across from us. She had listened to our plight, and our conversation with the hotel owner, and offered to help us. She spoke to the hotel owner (and confirmed that he was just a typical rude French man), as well as Avis to ensure we didn’t lose either reservation. So, not everyone in France is a nightmare.

By the time we arrived in Marseille, we were exhausted – so there was a halo-like ring around the Holiday Inn Express that stood directly outside the train station. A ring that grew brighter when we were told they had room. So, 123E later (as well as a midnight dinner at the train station McDonalds because we hadn’t eaten since noon and it was our only option), we had finally arrived.

The trip did have highlights, and we did get to see the amazingly pretty lavender fields. But we were so drained from the drama of the first day that we were so happy to get out of France. So much so that we nearly cheered when we landed in Amsterdam for a layover before we got home. 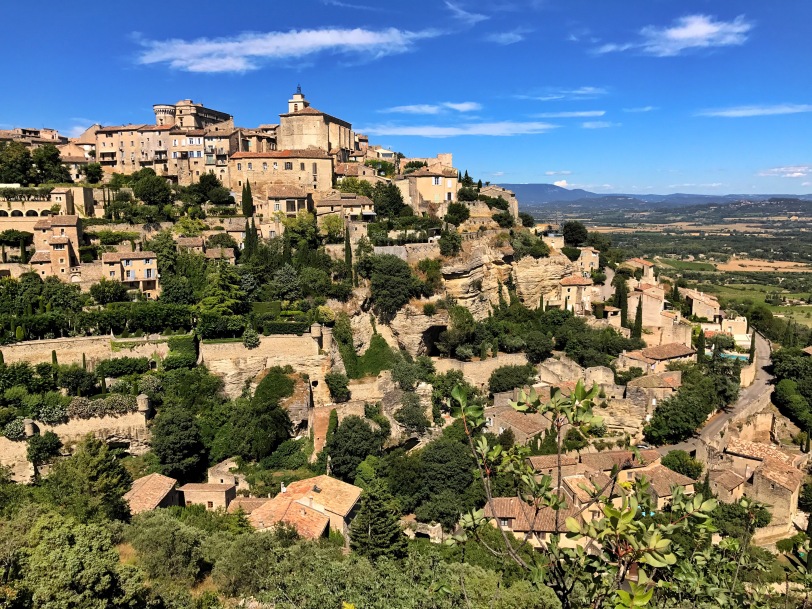 This view, coupled with friends and bottles of the finest Cotes de Rhone made in the region, turned the trip around for us.

You clearly never anticipate that a trip is going to be terrible, or that something is going to go wrong. And you definitely don’t plan on spending double what you had budgeted because of the circumstances beyond your control.

I’m already looking into where we can go next. One bad trip is not worth throwing in the towel, obviously. But it’s not going to France…at least not for a little while.

2 thoughts on “The not-so-perfect side of travel”