Where: Provence, France
When: July 2017
Hotel: Le Vieux Bistrot, Cabrières-dʼAvignon
Why Provence: I just wanted to see Lavender Fields in France – it was that simple. Then as I did more research on the area, I realized I was going to be in trouble. There is so much to see in the Provence region of France that there was no way we were going to be able to see and do everything. But we would see lavender so the rest would just be a wonderful added bonus!

This is allllll I wanted to see!

The Trip: I’ve already documented the nightmare that was the beginning of this trip (click here – I wrote it about a week after the trip, and couldn’t find it in me to revisit this trip because of it until almost three years later.) We woke up in Marseille ready to get the trip back on track but honestly a little bit tentative. The good news was, it was the day I finally got to see the lavender fields so I determined to get over the funk we were in.

After picking up our rental (a convertible Fiat because it sounded like the perfect car to drive around the roads of Provence…it wasn’t. It was one of the worst cars I’ve ever driven, and that list includes one with a hole in the floor and one with truck siding lining the bottom). A lot of the itinerary went out the window, so instead of waking up and watching the sun rise over the lavender fields, we made plans to meet up with friends in the late afternoon and instead made our first stop in Saint Remy de Provence, the setting for Van Gogh’s Starry Night. 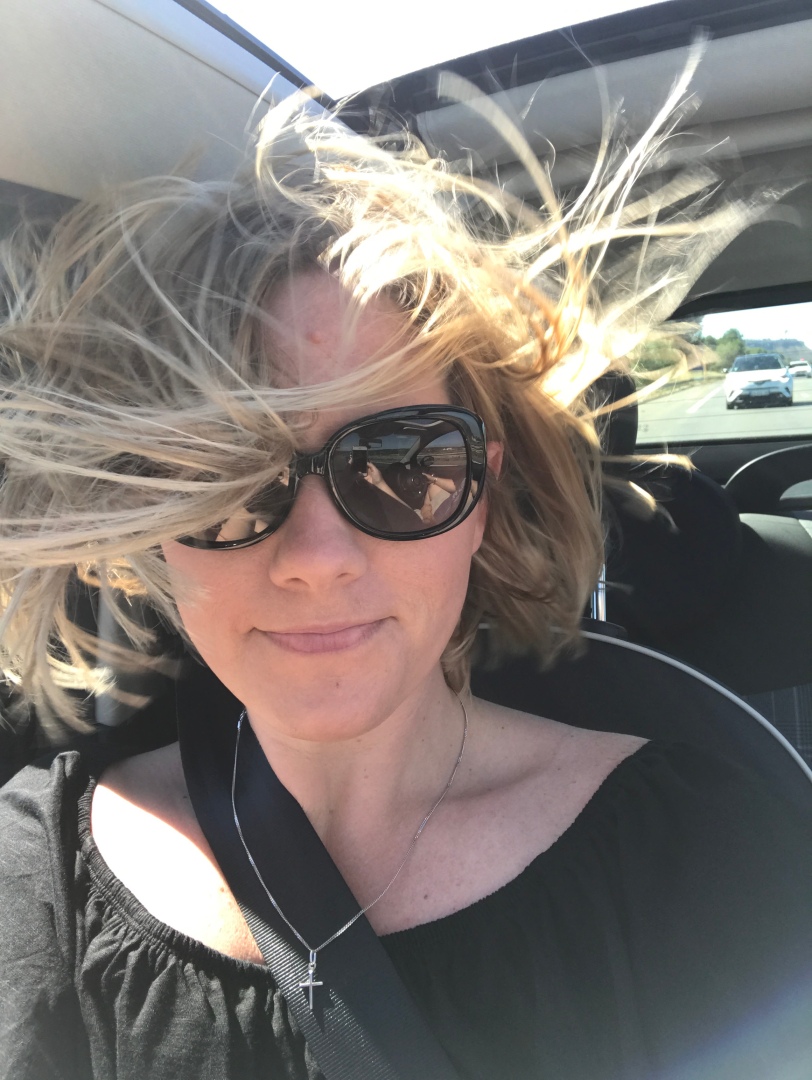 Gotta say…not a big fan of the convertible 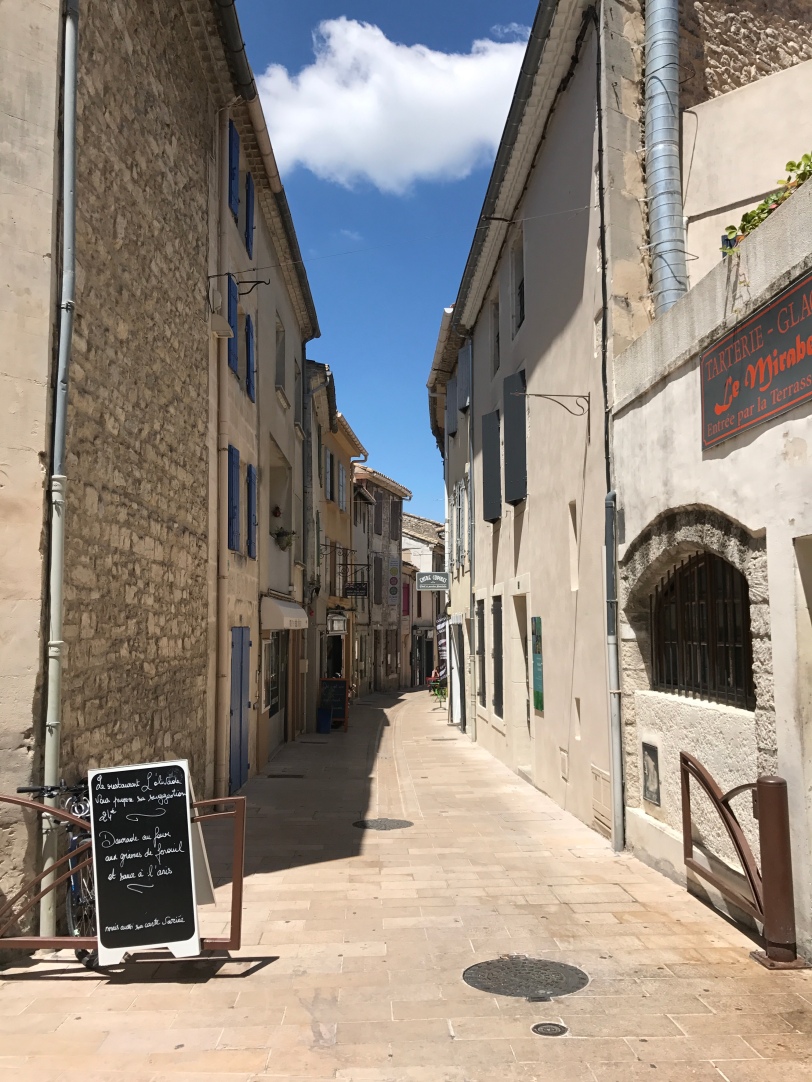 The streets of Saint Remy 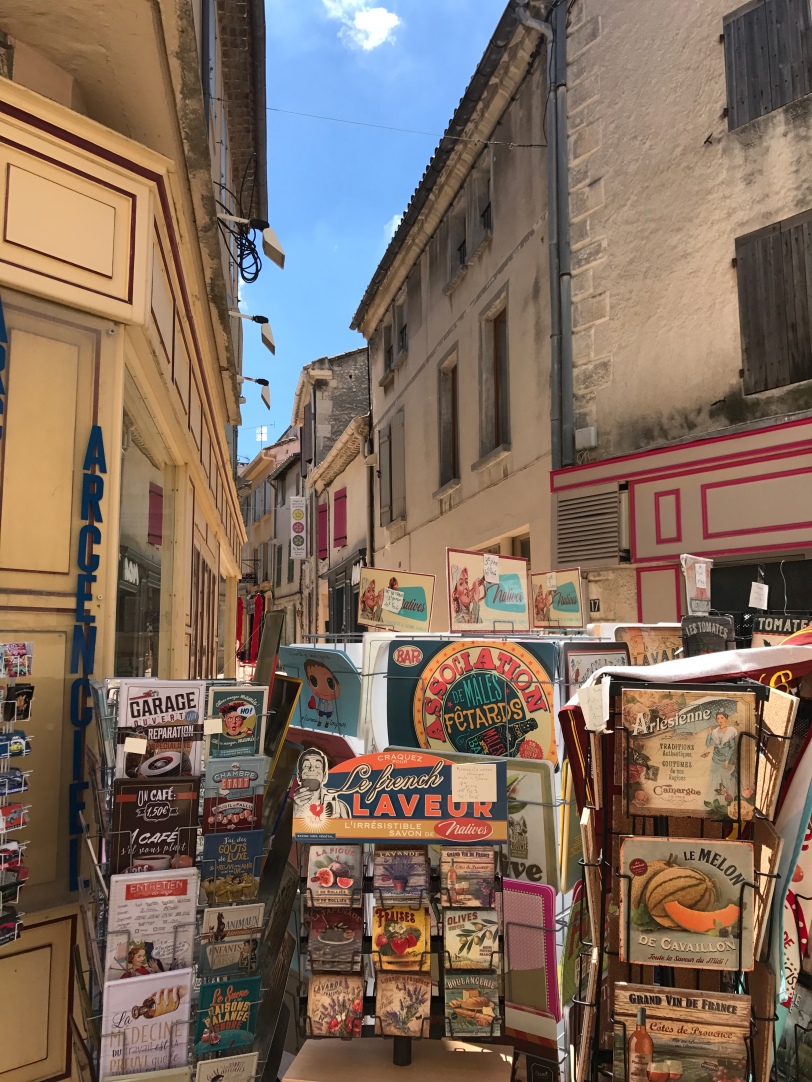 This was a super fun store. Loved everything about it!

More of the pretty walls

A modern take on Van Gogh 🙂

We didn’t have much of a plan – just wander the adorable streets of this town and find a cafe for lunch and some wine. We were still a little shell-shocked from the night before, so while it was a cute town, I don’t think we enjoyed it as much as we could have/should have because we were a little over France still, sadly.

We finally made it to the cute inn we had booked for two nights, which was super depressing as well because it was so cute and we had a huge terrace overlooking the whole town that we definitely needed more than one night in. However, the huge saving grace came when our friends Allie and Brian showed up. They were staying in Nice, but making a day trip to the Lavender fields as well so we all met up.

Sad we hardly got any time here!

More views from the roof

Grin and bear it! 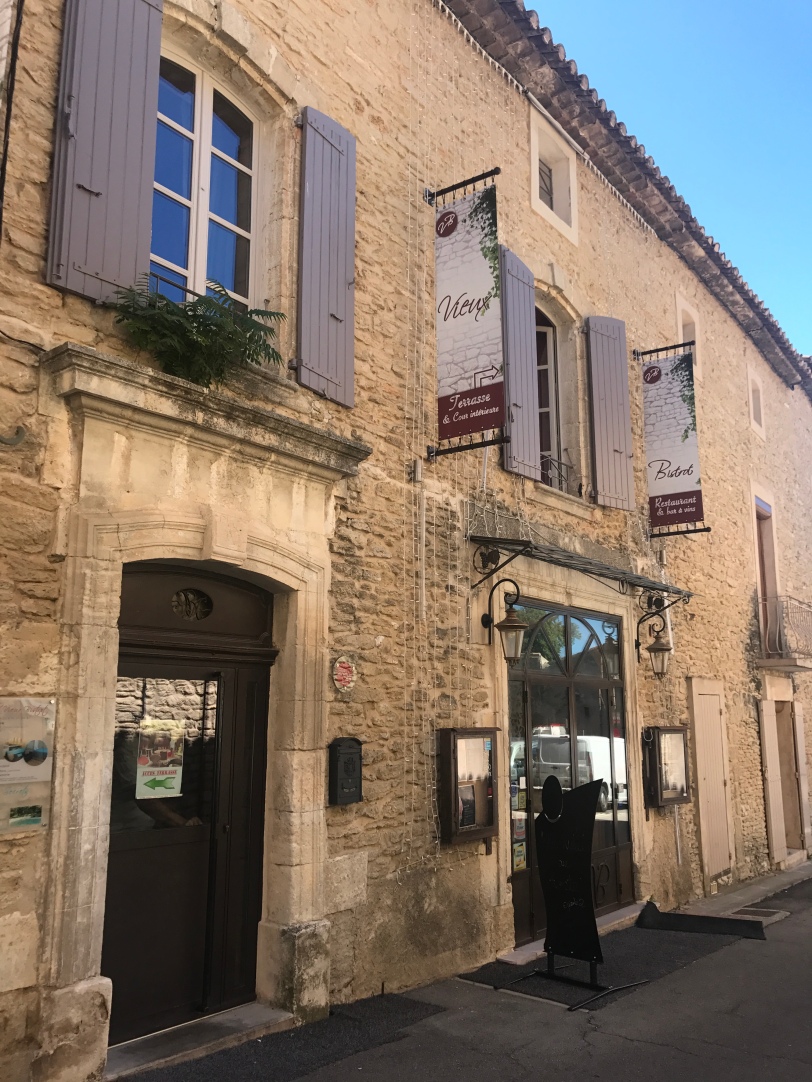 This smiling face so helped get us back in the right mindset.

It was a godsend that they came because I don’t know that our funk would have gone away and then the whole trip would have been ruined, for lack of a better description. But we all climbed into the Schultz’s equally small rental, braving the crazy French backroads until we arrived at Gordes, one of the main towns in the Luberon. There we wandered, took pictures, and drank wine and ate cheese on an adorable patio. The memories of the day before were thankfully fading.

Starting to relax and enjoy our time! 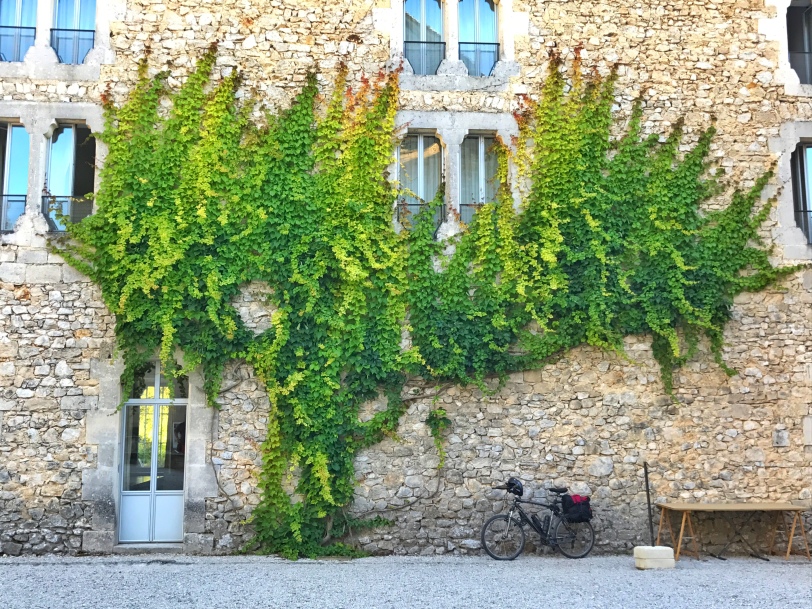 The view from Gordes – as equally as good as the town! 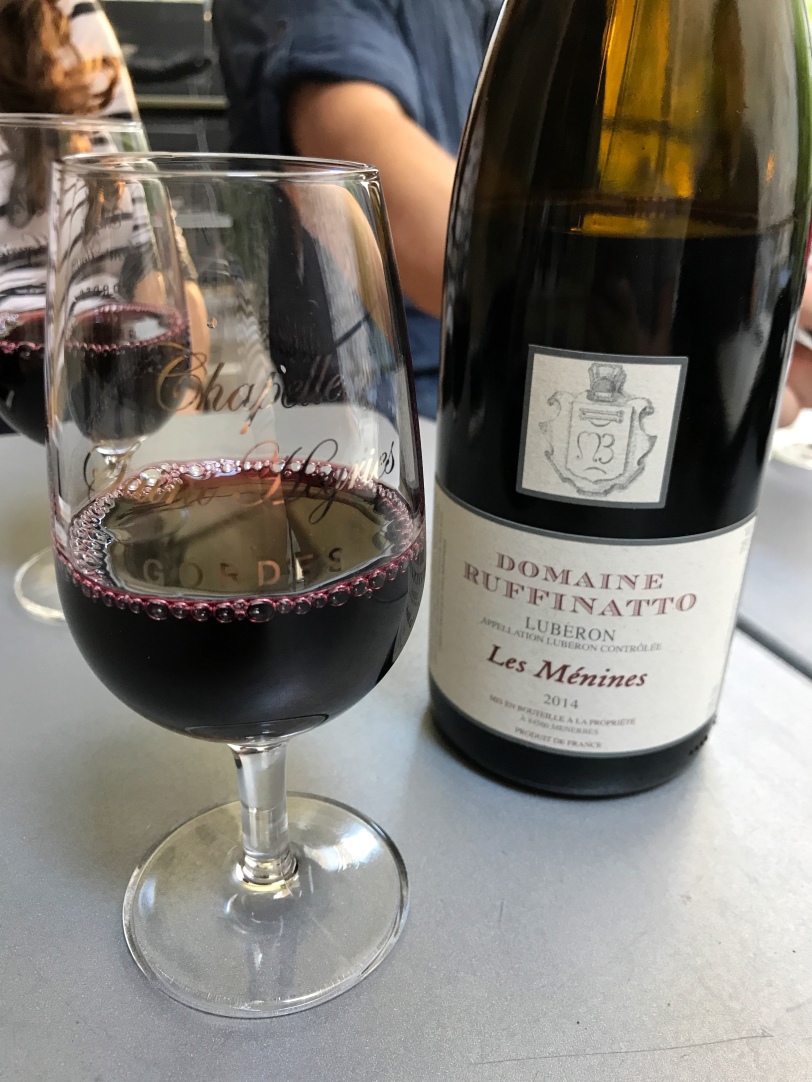 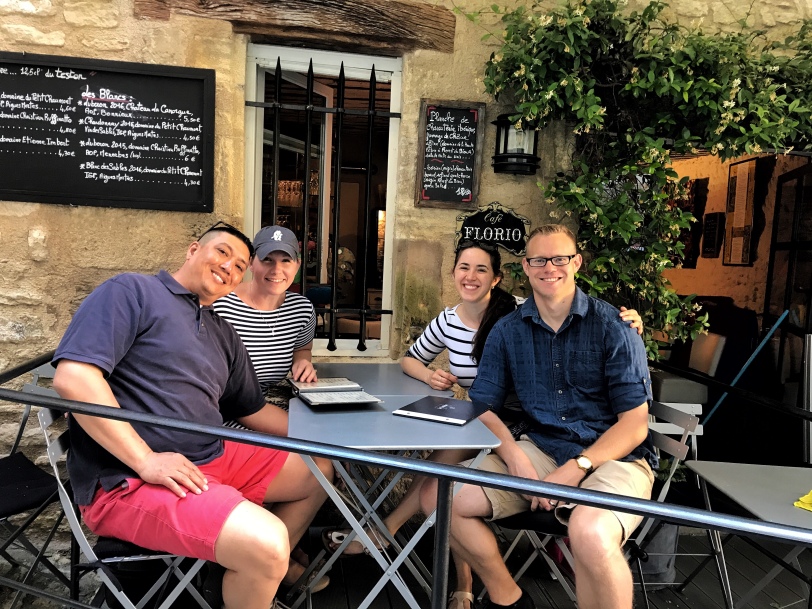 The matching outfits were NOT planned! 🙂

The miles between each town is not big, but because of the narrow windy roads, the drive time takes much longer. Our next stop was the Abbey de Senanque, famous for the rows of lavender in front of the Abbey. We got there as it was approaching dusk, which meant we were only a handful of people still on the grounds. It was as pretty as I hoped it would be.

The Abbey from above

Happy the trip had turned around!

The back of the Abbey 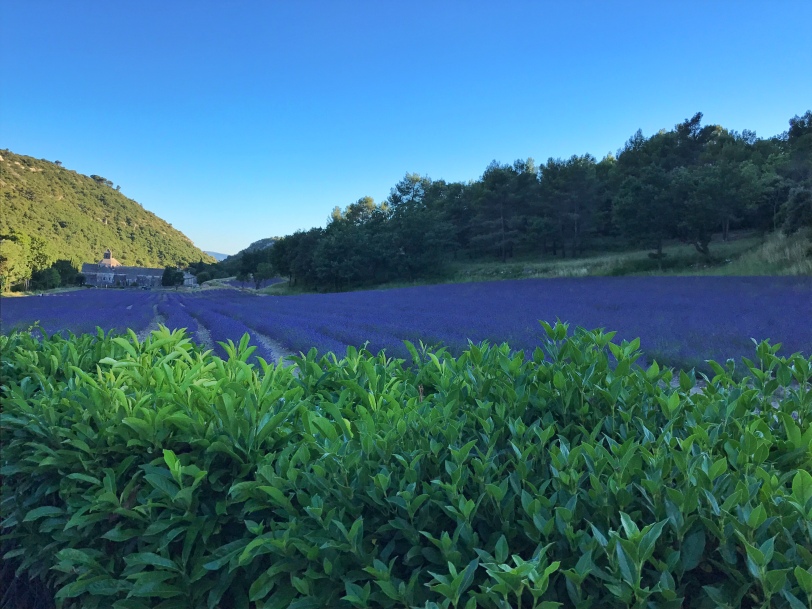 This dog was hysterical

It was getting dark by the time we left, and while we were going to visit the red town of Roussillon, we instead found an adorable restaurant right at the base of the town for dinner instead. The food was, interesting, but it had been a really good afternoon, and was a fun dinner with friends.

I forget what this was supposed to be…but yuck!

The steak was good! 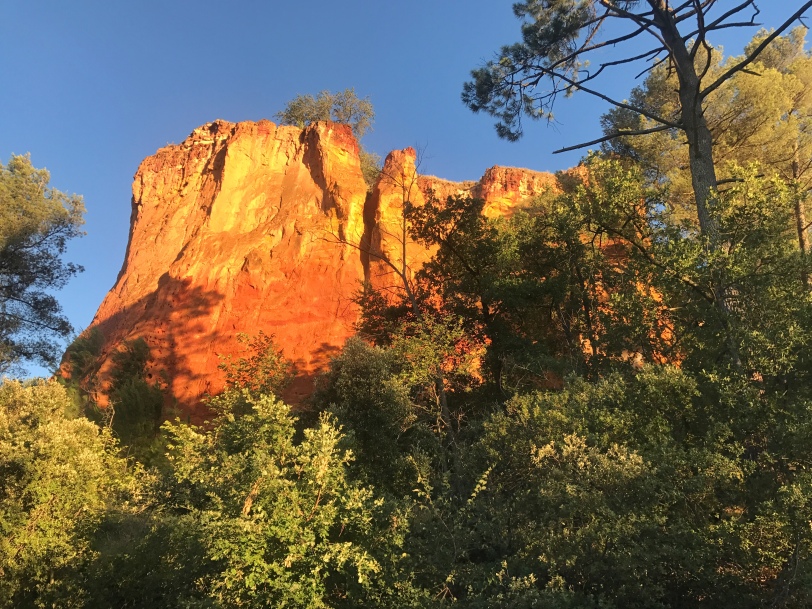 Final Impressions: I wasn’t wrong in that the Luberon area of France deserves a lot of time for exploring, and I am only still slightly sad we didn’t get to see more of it. But the Abbey was gorgeous, as was the town of Gordes. It was also the first of several trips we would take with the Schultz’s, who have proved to be among our favorite travel partners ever! 🙂 Feeling refreshed, I was able to get really excited again about the next stop, the Verdun Gorge! 🙂

One thought on “Provence, France (Part 1)”