….the trip continues! If you forgot about Day One, read about it here!

Day Two: After the excitement that ended our first day in Edinburgh, it was nice to have a slow morning on our second day. In fact, the entire plan for day two was a bit more laid back, with the only planned tour starting at 6 p.m. We had the day to be as productive or as lazy as we wanted to be! 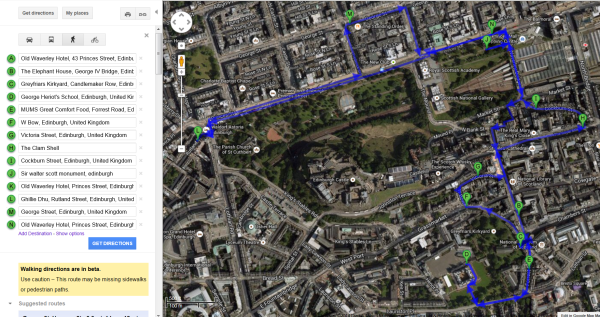 The day started with breakfast at the Elephant House, the same place JK Rowling sat as she wrote the first Harry Potter book. The restaurant definitely has the fact that she wrote there well-marked on the outside, but the inside hasn’t been overhauled into a tourist trap, which was refreshing. Even better was the fact that the food was really tasty! Two thumbs up!

Just in case you didn’t know ahead of time..JK Rowling wrote here (and was yelled at because she stayed so long and only drank coffee!)

The story goes that JK Rowling wrote Harry Potter in the shadow of the Edinburgh Castle…this would have been her view.

After breakfast, we wandered around the corner to the Grayfriars Kirkyard, a cemetery that surrounds the Grayfriars Kirk, a beautiful old church. Among the notables buried there is Bobby, a dog whose loyalty to his owner is something of a legend these days. He’s so popular he has a pub named after him with a statue of him in front. Continuing on with the Harry Potter theme, apparently JK Rowling lifted the name Tom Riddle off one of the grave markers for her Voldemort character. 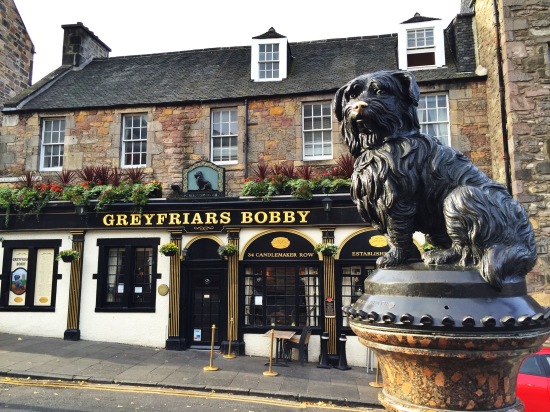 The Pub was all closed up on a Sunday, but we managed to rub Bobby’s nose for luck!

Looking from the Grayfriars Kirkyard into the grounds of the George Herriot school.

From there, we just sort of wandered – down past the University district and then back up to the Grassmarket area, popular with lots of pubs and more great views of the castle!

The beginning of the Grassmarket area.

This pub’s backstory is a bit gruesome. The story is that criminals would have their last drink here before being hanged in the Grassmarket Square – hence the name the Last Drop! 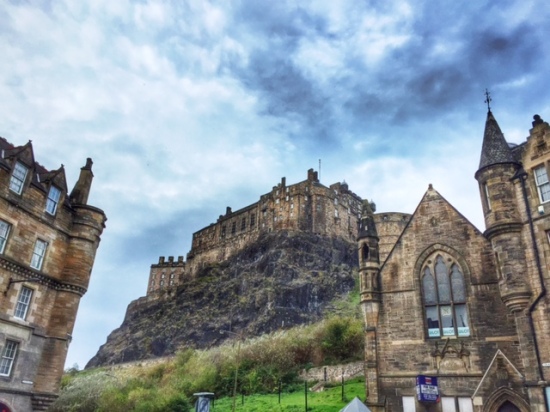 After all this walking, we started heading back to our hotel (swinging by Oink for delicious pulled pork sandwich part 2), and made a swing by The Clam Shell to split a “World Famous” Deep Fried Mars Bar. The verdict? Not as wonderful as you would think Deep Fried chocolate would be.

After a short siesta, we headed back out to the Old Town for our tour of Mary King’s Close. According to the website (and the tour guide), Mary King’s Close was a busy and vibrant street in the 1600s. When the Edinburgh government decided to modernize the city, anything that was street level and above was bulldozed and buildings were built on top of the Close. The lower floors acted as foundation for what is now the City Chambers, and for the last 250 years, those underground streets remained largely untouched. It was creepy and cool all at the same time. 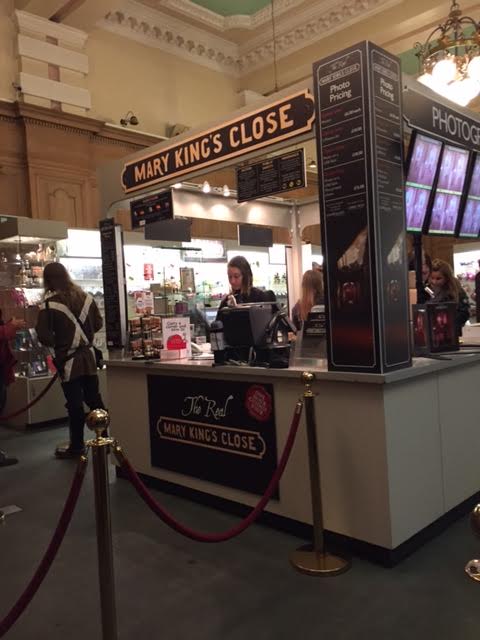 The only area we were allowed to photograph. Although a professional picture was taken of us in the close. We caved and bought it. 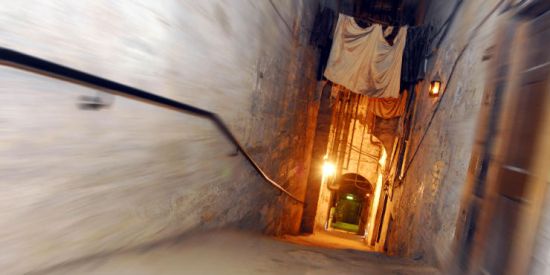 (Not my photo) This is what the main Mary King’s Close. Homes and businesses lined it.

Post-tour, we walked back toward our hotel – enjoying the night views on the way to dinner! 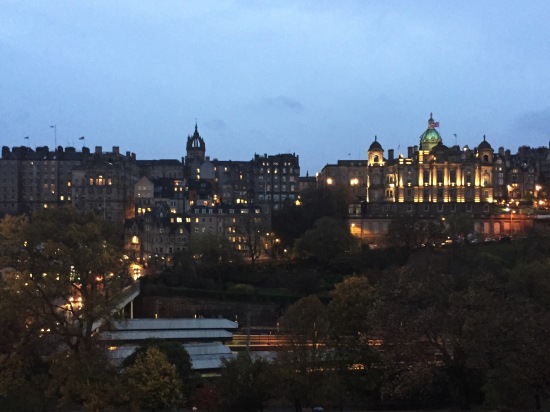 Final Impressions: I really, really enjoyed Scotland and would love to get back there some day. Next time, I would add a few days to the trip and wander into the Highlands and explore Isle of Skye. But with only two full days, Edinburgh is the perfect introduction to Scotland.

Heading back to the airport on my favorite – a double-decker bus!