Where: French Road Trip – Stop #4 Disney Paris
When: September 2017
Hotel: Vienna House Magic Circus Hotel Paris
Why Disney Paris: Karyn and I met in 2012 while training for the Savannah Rock N Roll Half Marathon and have been traveling together since I moved to Germany in 2013. So when Disneyland Paris announced an inaugural Half Marathon, it was the perfect meshing of two things we both enjoyed together! We were expecting to to be a bit of a mess, because trying to register months prior was an adventure, and Disney Paris didn’t let us down. It was ridiculous, but memorable! 😉

The Trip: After arriving back in Paris from Normandy and dropping off the rental car, we hopped a regional train to Disney Paris. The trip takes about an hour, and the train station for the parks literally drops off right outside the two gates. We stayed at one of the Disney Park hotels, and were able to get on a shuttle there and back. We had a little bit of time to get to the race expo and I just remember extreme chaos trying to figure out which line we needed to get in for our bib, there weren’t enough race shirts and it was just all around craziness. To say the wine we had at dinner was necessary was an understatement.

Walking into the park! 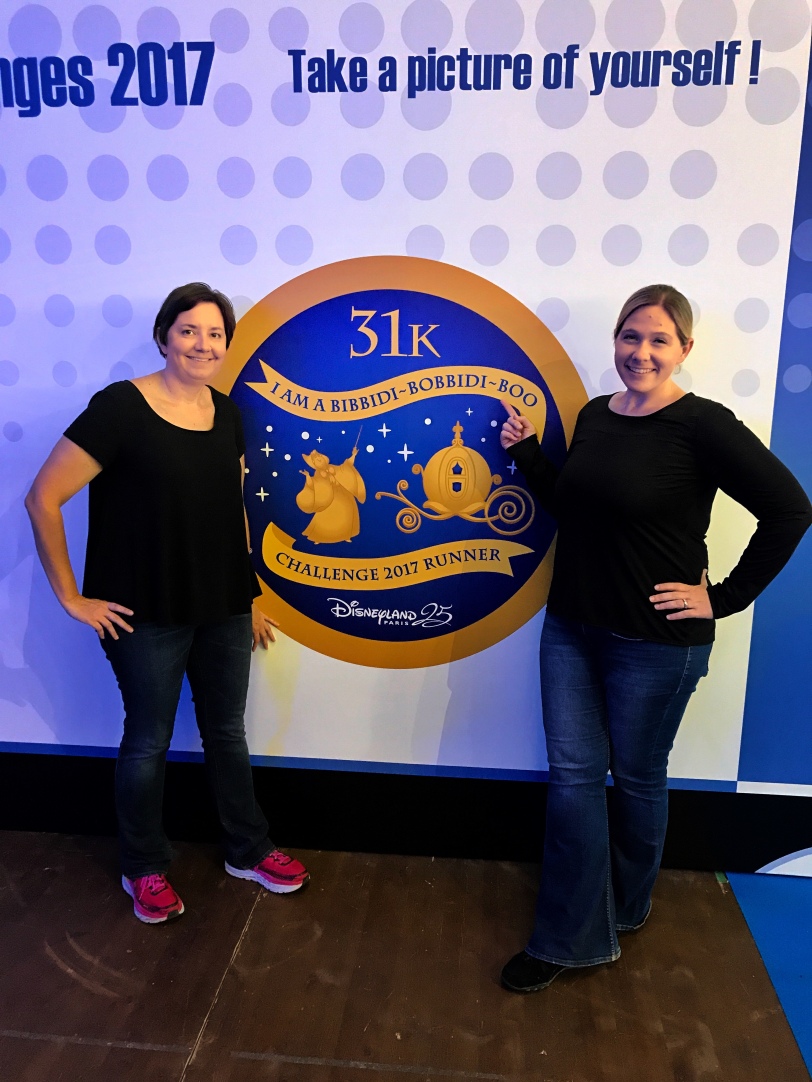 Ready for our Bibbidy-Bobbidi-Boo Challenge! 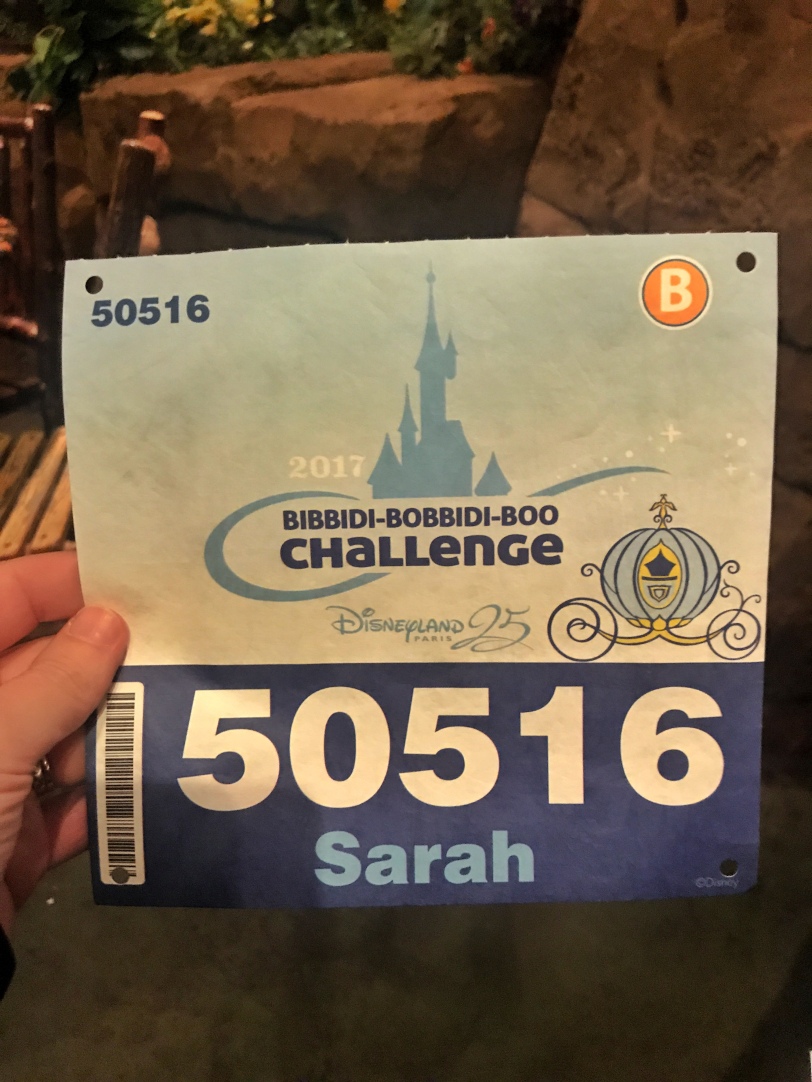 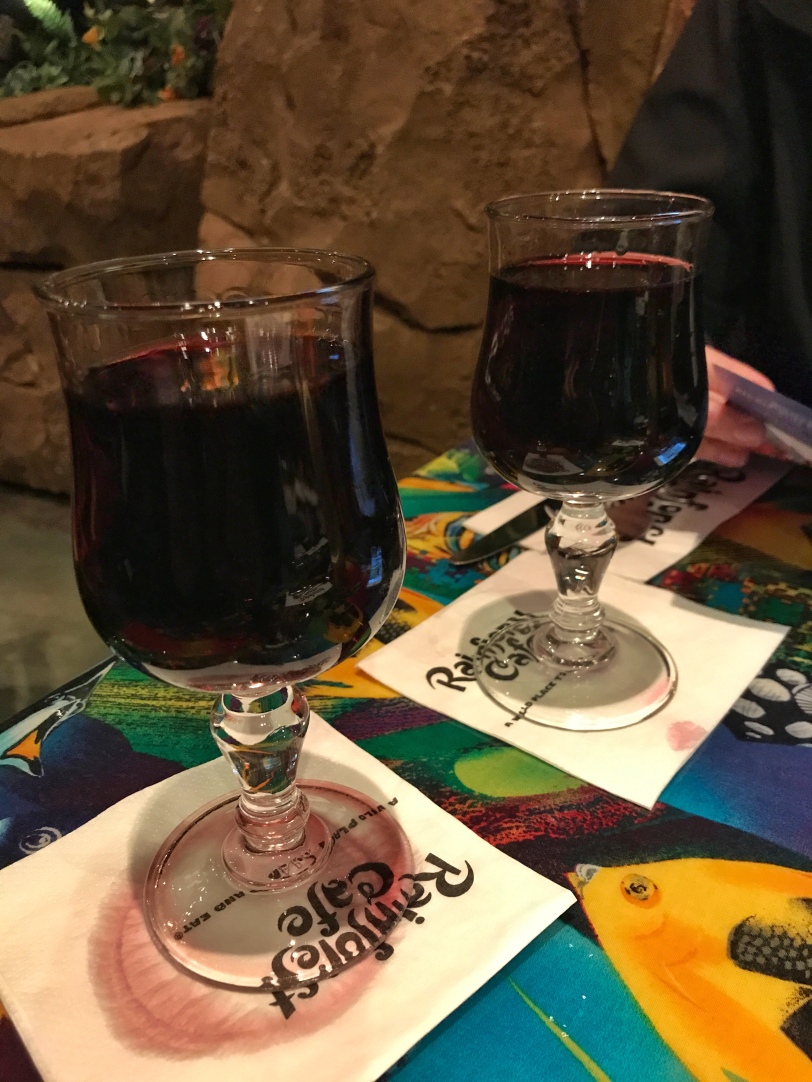 The next morning we had our first race of the weekend – the 10K. And while some of the course signs were confusing, the race itself was awesome and running through both parks got me super excited for checking out the rides later in the day.

Walking to the 10K race start

It was super chilly so we scored some garbage bags to keep us warm before the race! 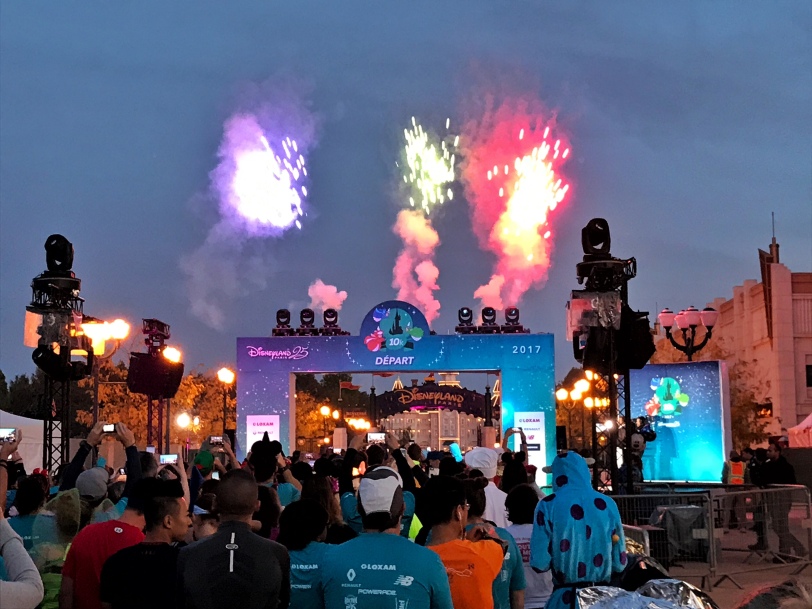 Perfect morning for a park run!

The main park hotel and the workers cheering us on!

The park had some really neat features!

Heading toward the castle!

These ladies were interesting – running in sports bras and with umbrellas.

We didn’t wait in line but had to get one with the fairy godmother!

Running through a cave in the park – they really did a cool job with the course! 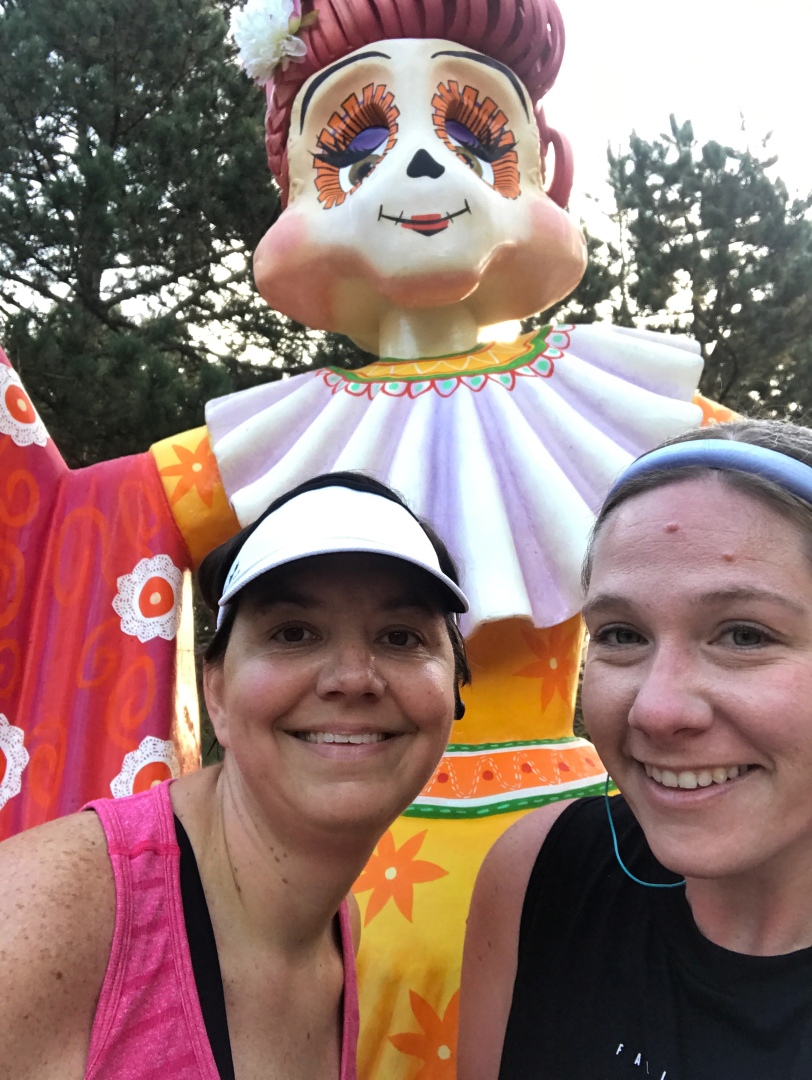 The park was decorated for Halloween, but this was an all-the-time decoration.

With the characters from one of my favorite movies! 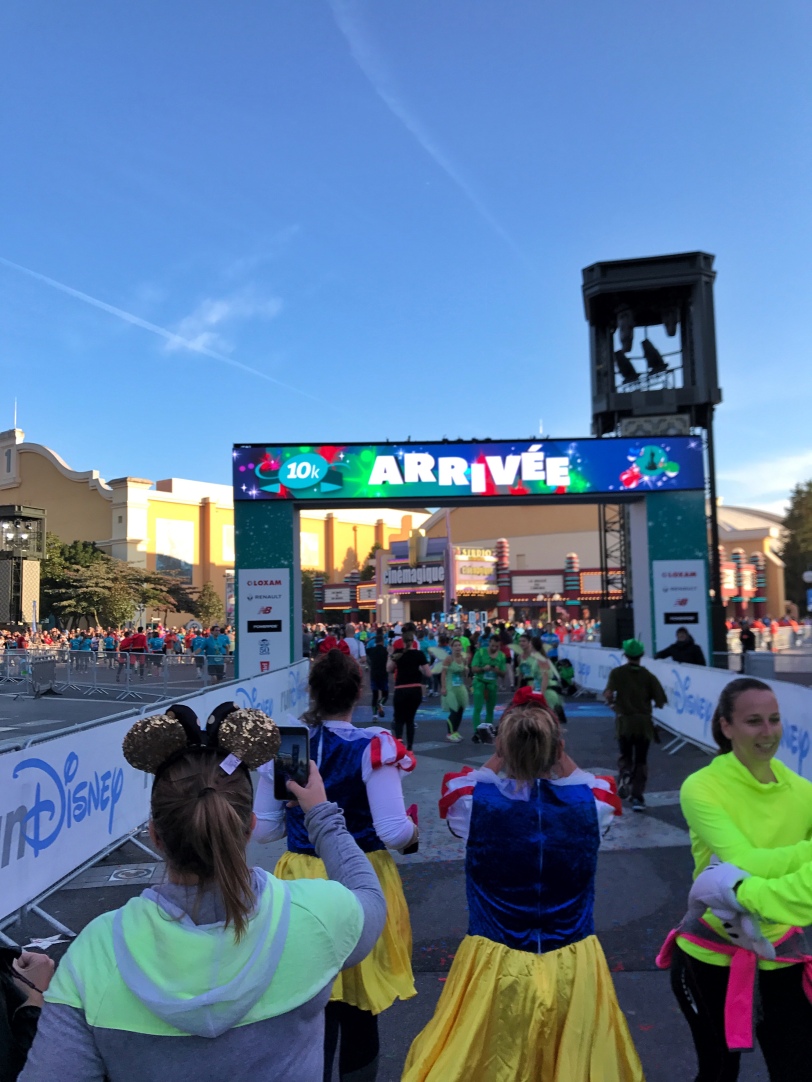 Probably the best. post-race snacks ever!

However, I don’t know if it was because it was the race weekend, or if it was the nice weather, but the parks were PACKED. We literally only rode four rides because it took forever to get on just one. (If memory serves, it took 8 hours for those rides we did get on!) The park could definitely use a process improvement course, or at least some help from Disney World in Orlando. The fast pass process doesn’t work and nothing is online. We eventually just gave up – Karyn grabbed a sandwich for extra time to rest at the hotel, and I spent a little more time exploring their version of Downtown Disney. 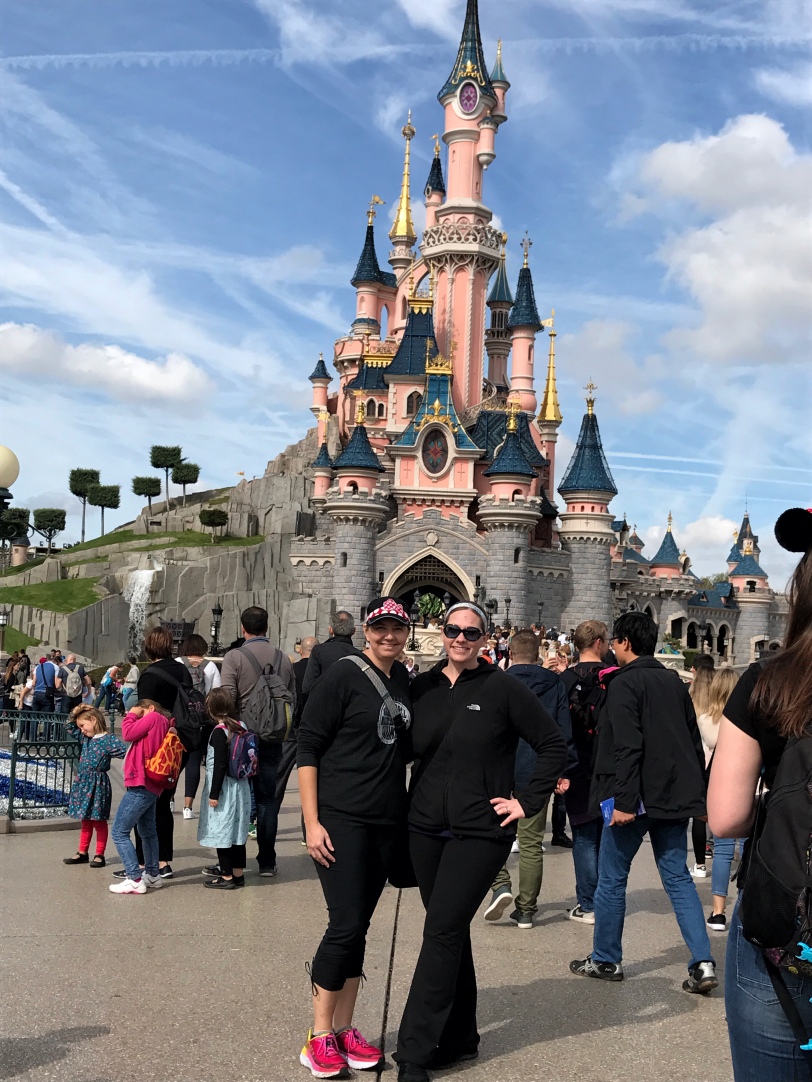 Got our comfy clothes on and ready to explore the parks! 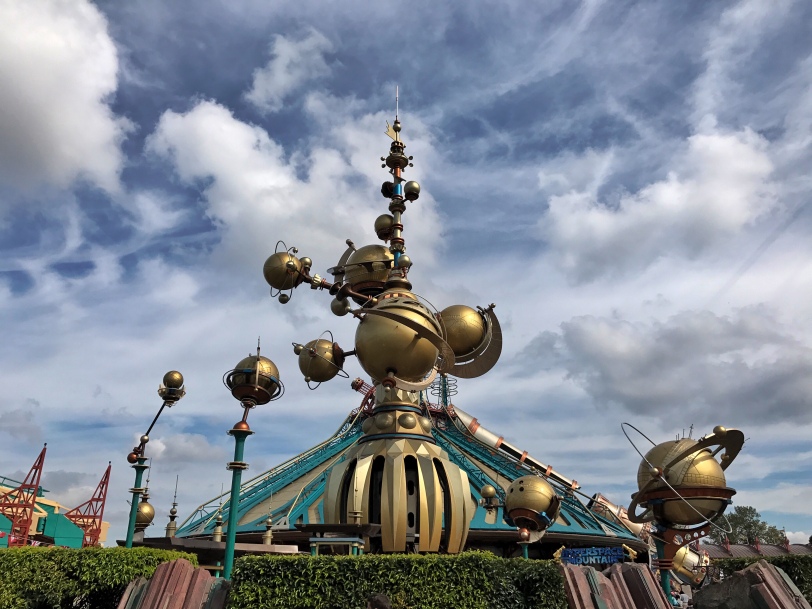 Even packed, I love Disney! 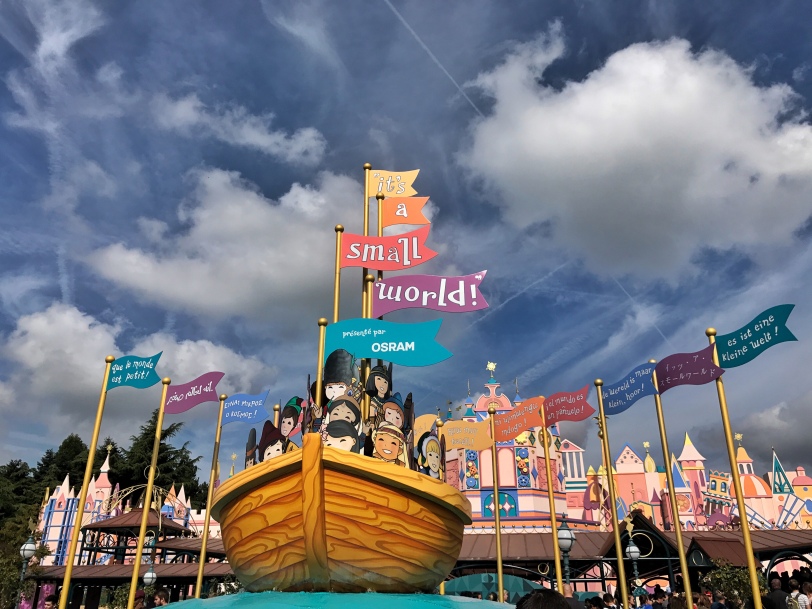 The Alice in Wonderland section with a maze! 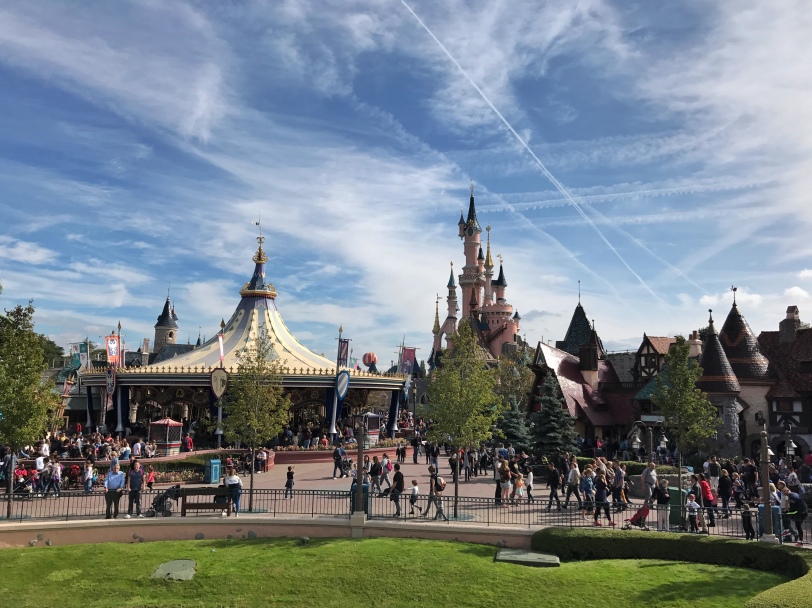 A view of the park! 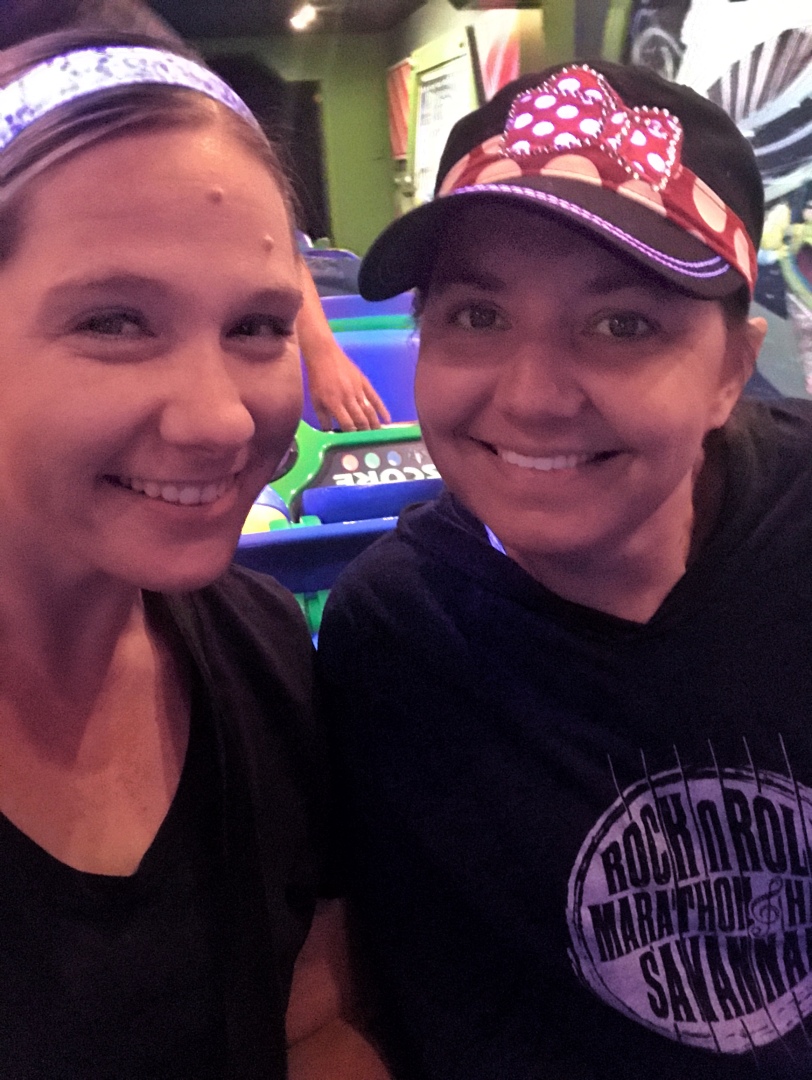 The parachutes in the Toy Story area – this hadn’t made it to the states yet, so it was new to both of us!

Another fun section – they have wine booths representing each wine region of France. We clearly had to have some!

The next morning was the half marathon – and was once again a beautiful course. The terrain changed and we saw the parks again, plus the outer areas. It was a super fun race, but a tiring one. Thankfully we had a late check-out so we could shower and nap before hopping on the train back to Paris, and then back to Stuttgart. 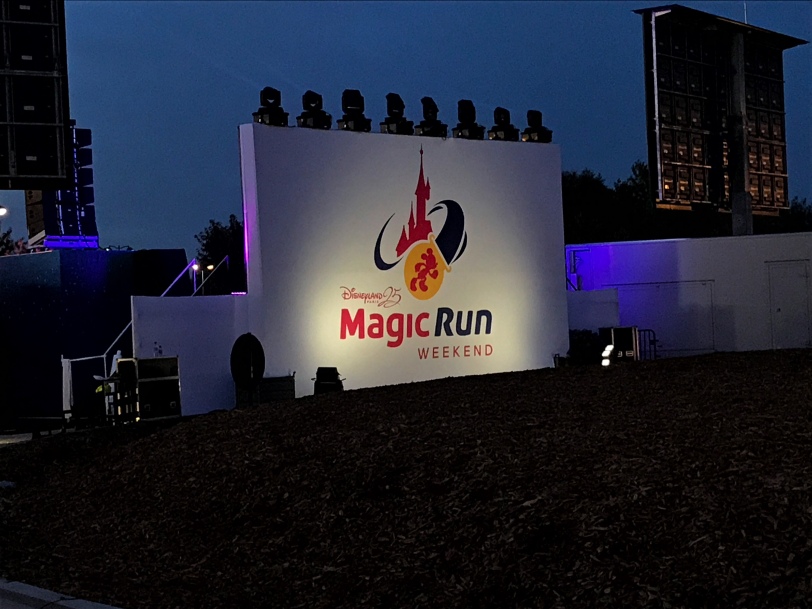 Heading to the half start! 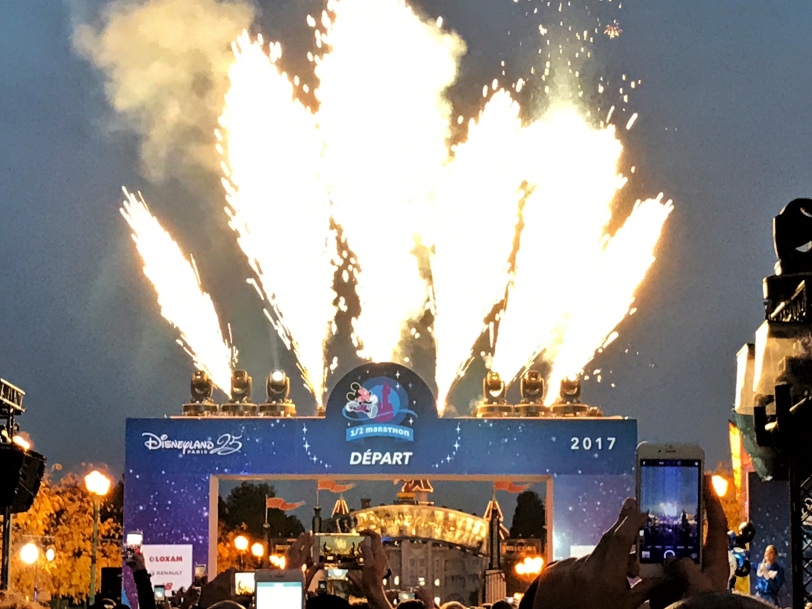 Running into their Disney Studios area

I love this place – lots of restaurants and stores, but super cute to run through.

We found some princesses with their princes!

Had to get a photo with Squirt!

Worst placement for characters ever – right before the finish line, so it meant major backups. 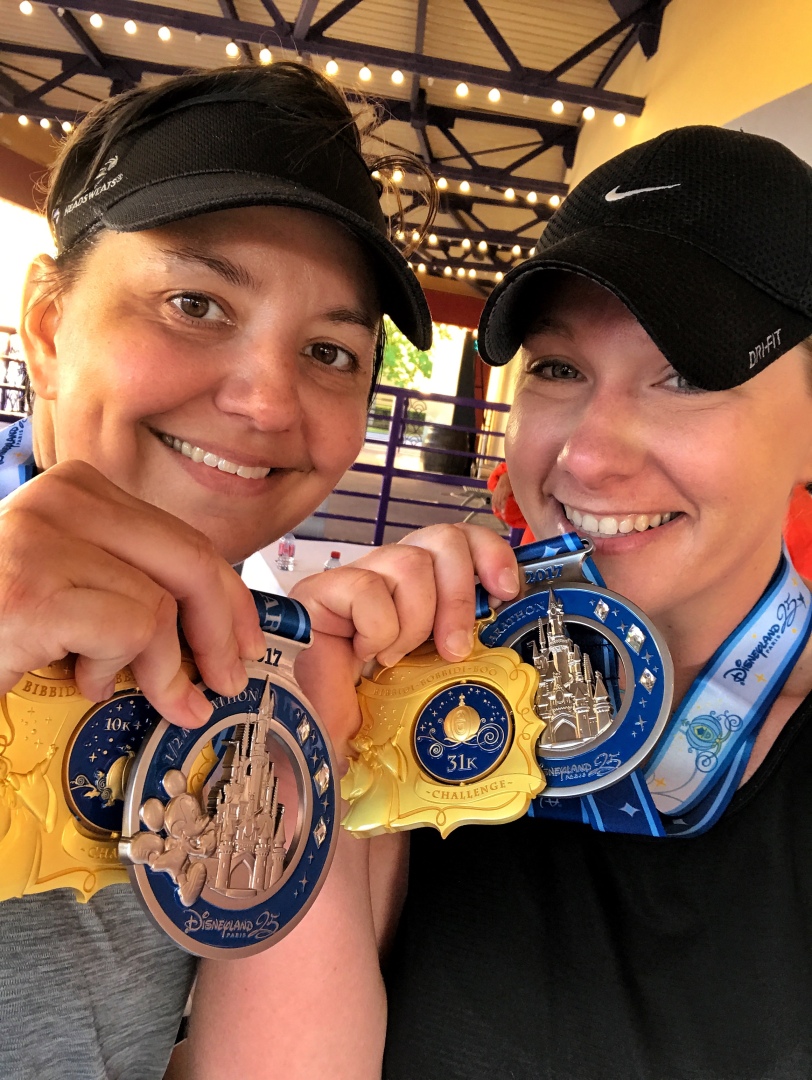 All the bling from the weekend!

Final Impressions: We had definitely packed in a crazy trip in 10 days, but it was so worth it, even with the craziness of the race events to close the trip! I returned to Disney Paris with John for Thanksgiving in 2018, and it was a vastly different experience. There were no crowds and we basically walked on to all of the rides. I think Disney Paris is adorable, and manageable in a day when there are no crowds around, but maybe not as worth it when it’s packed. If it’s the middle of the week in late fall (or on and American holiday), and you’re looking for a fun little day trip from Paris, check it out!