As the New Year approaches, it is inevitable that you reflect on the year you’ve had and imagine the year ahead. I’d like to say 2016 was amazing, but it was definitely challenging.

This time last year, John and I were preparing for our 8-month long separation as he headed back here to Germany while I had to stay behind in Savannah. That alone made 2016 not so much fun.

I spent two weeks in Arizona for work training in February into March. My first and only time in Arizona prior to this was when I was a 1-year-old, which doesn’t count in my mind. I have to say, I really enjoyed Phoenix and Sedona, and would definitely go back for a visit one day. 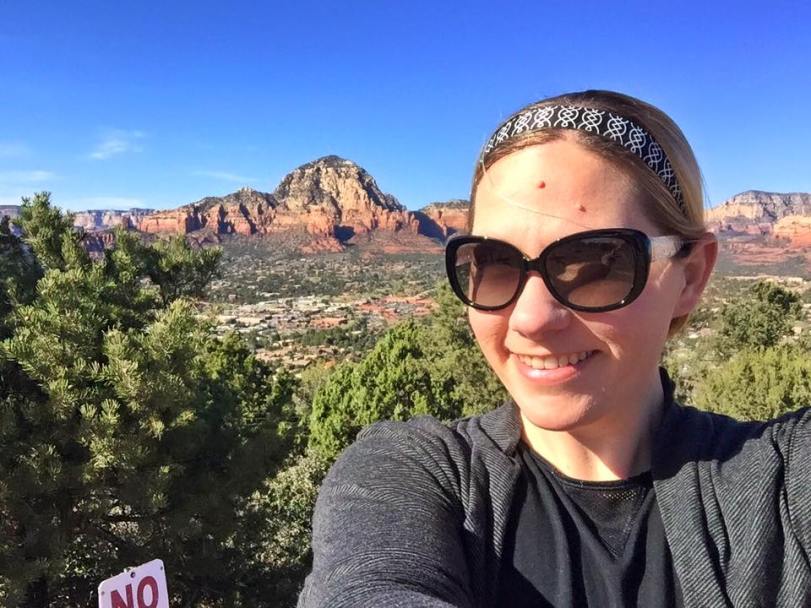 My day trip to Sedona

In April, I went with a group of friends to Daufuskie Island, South Carolina – an island lost in time, only accessible by boat and traversed mainly by golf carts. I had a blast – and was able to just relax in the rustic surrounding. 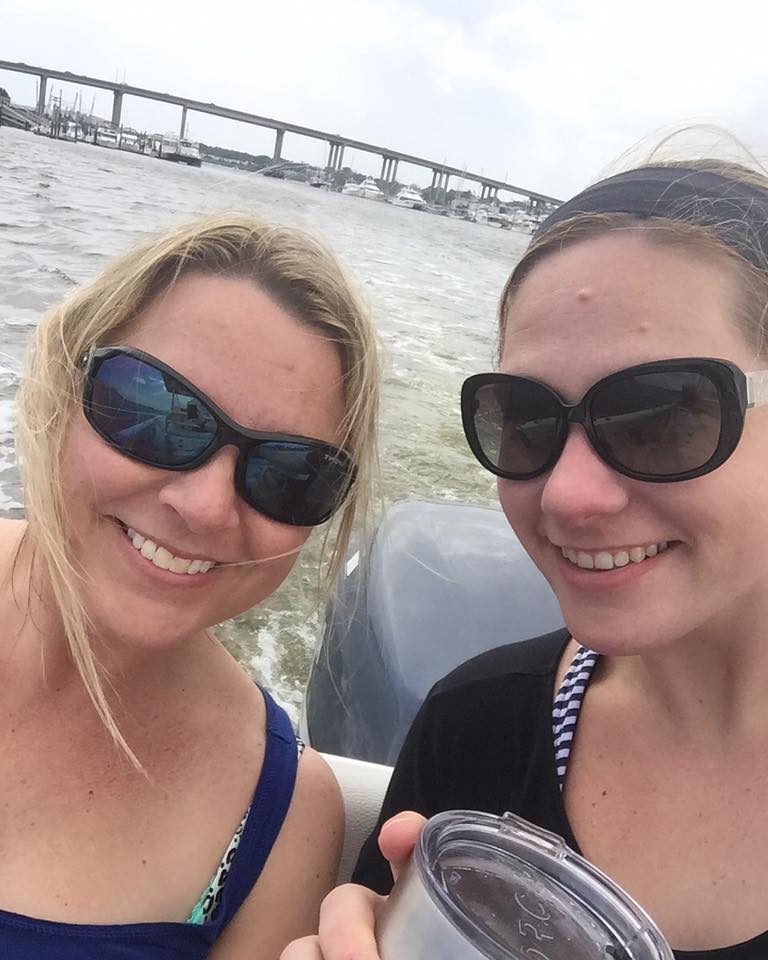 My friend Amy and I heading to Daufuskie!

John came home in May for a much-needed visit. We’re used to long stretches of time apart, but that doesn’t mean we enjoy it or that it’s in any way easy.

I also made my way up to Macon, Georgia for my friend Laura’s wedding – a memorable event that took place in a historic baseball field in town.

My “date” Renee and the delicious margaritas at Laura’s wedding@

June may have been the hardest month. Our beloved English Bulldog Caesar had been sick for some time and on the 21st, I had to say goodbye to him. It had been just Caesar and me for a few months, and while he largely remained “John’s Dog,” saying goodbye to my sweet boy was heartbreaking.

I miss this face so, so much.

July presented a welcome escape from the sadness of saying goodbye to Caesar and the inevitable loneliness in the now extra-quiet house when I went to Germany for three weeks. The first week, John and I road tripped through Italy, hitting Lake Como, Cinque Terre, Tuscany and Florence, before I relaxed while John worked back in Germany.

An added bonus at the end of July allowed John and I to see each other much earlier than expected when he had a work trip to Washington, DC and I went up to meet him there for a couple of days. We had a little time to site-see around town – a place we had both been, but never together.

Unfortunately, we picked the hottest time to visit DC. It was sweltering!!

August brought an unexpected surprise…in a good/bad way…when I flew back to Germany following John’s unplanned surgery. There is nothing worse than having a spouse in a hospital and then having surgery and not being there. 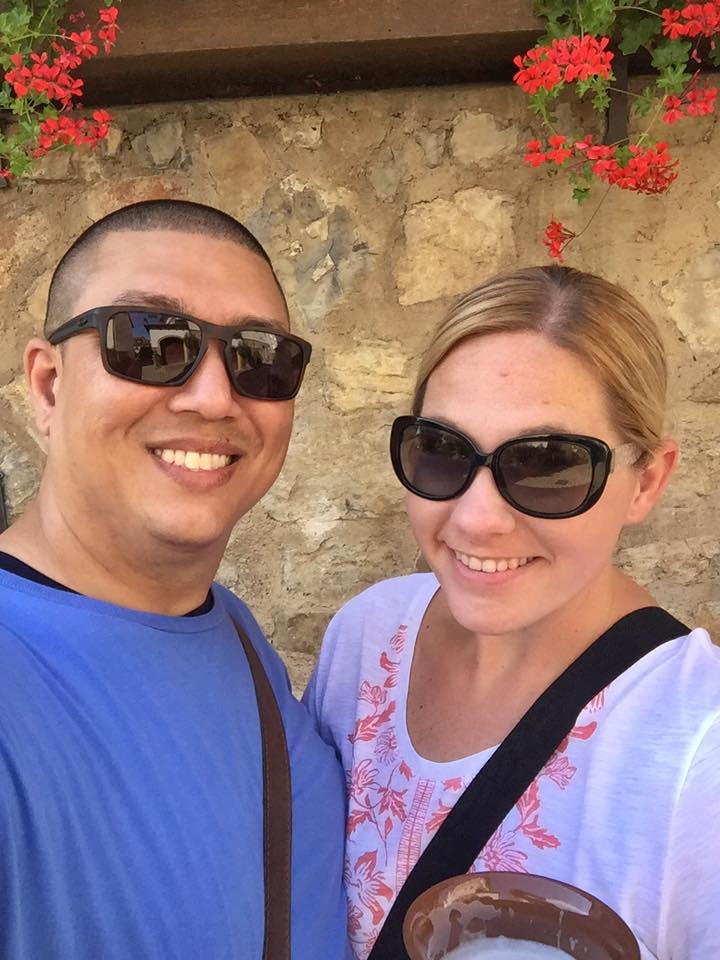 I literally drove through a hurricane over Labor Day weekend at the beginning of September to visit my family in Michigan. I wanted to see them one more time before I came to Germany…I didn’t know that a hurricane would be involved but even during the terrifying first three hours, it was totally worth it! By the end of September, John was home to help get the house ready for another international move!

Had so much fun with these sweet kids in Michigan!

October was a whirlwind – literally and figuratively. John went to visit family in South Dakota at the same time my mom came down for a visit in early October. She got out of town just as a hurricane came barreling in (one of the scariest things I can now say I have survived. Those winds are scary!) We celebrated John’s birthday, our 6th wedding anniversary and packed up our house for the big move across the pond! 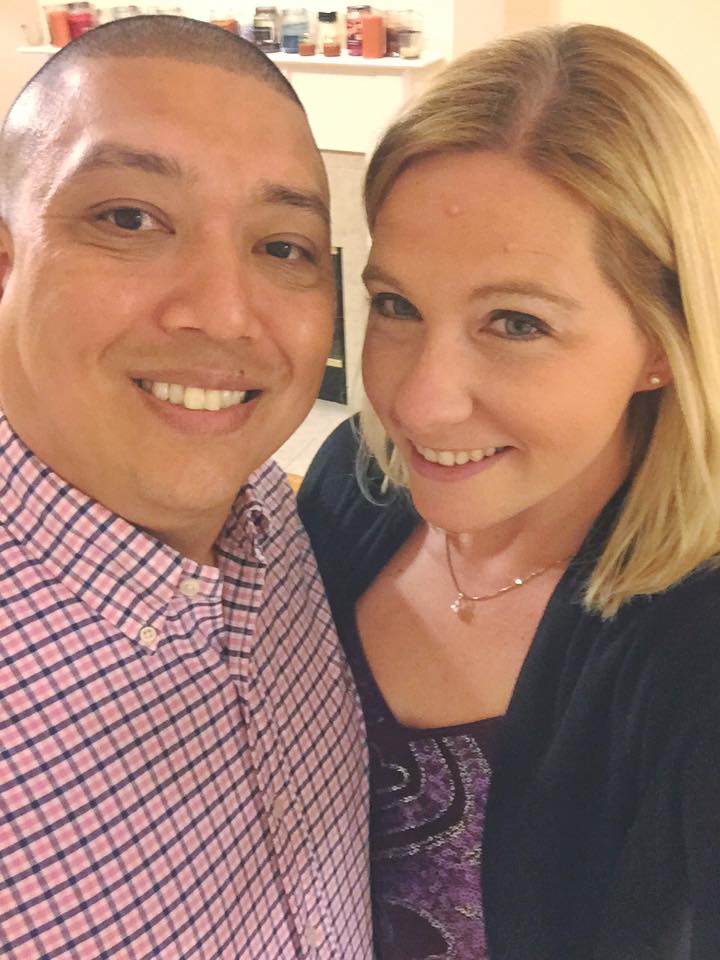 Our 6th Anniversary selfie…and our last night in Georgia!

On Halloween, we hopped a plane and on November 1st, we were back in our happy place, Germany!

Our crazy pace didn’t slow in November. Three weeks after landing and getting settled into our jobs, my friend Karyn came for a visit! We made our way from Christmas market to Christmas market, while throwing in a quick trip to Florence, Italy just for good measure!

Karyn and I at one of the multiple markets we hit!

December went by in a blur. We literally had Christmas parties every weekend and before we knew it, it was Christmas! I needed a major distraction on Christmas since I wouldn’t be home in Michigan and would inevitably be sad, so we went with friends to Switzerland for a trip on the famed Glacier Express.

And now, we are here. We stayed in our cute little town for New Year’s and are simply relaxing today. It is bliss. And much needed as our schedules aren’t going to slow anytime soon. Next weekend, we are making a quick overnight to Tongeren, Belgium for what is supposed to be one of the best antique markets ever. The weekend after that, we’ll be on our way to the first big adventure of 2017…Sofia, Bulgaria!

After that, who knows…but I can’t wait to see what’s in store!