This poor blog. Building dust, being neglected, not getting any love at all.

Thankfully, the year of isolation is over. Because we are back!

Leaving out from Savannah on our upgraded seats!!

Back in Deutschland – this beautiful, beautiful country with its warm fall colors and weekends packed with more festivals, nature walks, markets that any person could possibly attend.

And it feels just like coming home. I’ve only been out of pocket for a year, so even though Stuttgart has the same active duty 3-year rotations as any other base, many of the faces have remained the same. It was awesome walking to work the first day and being greeted by so many co-workers and friends. It was almost like I hadn’t left. (One guy, in fact, didn’t think I had and congratulated me on my job move as I am in a new position this go-round. He told me he’d miss seeing my smiling face around the office…one he apparently hadn’t missed in the last year. Oh well.)

The pretty colors that greet us to and from our offices every day!

It’s funny how much easier it is this time around as opposed to when I first showed up in February 2013…clueless, alone, and not quite sure what I needed to be doing. In-processing was a breeze and I’ve thankfully been able to jump right into work as opposed to spending weeks on end getting everything worked out.

Of course, we still aren’t settled yet. We have a temporary apartment (no hotel, thank goodness!) but we will need a bigger place by the time our household goods arrive in January. Our Honda Element is here, which makes getting around much easier (and cheaper!) than having to rely on a rental until our other car shows up in a couple of weeks. There’s still addresses on accounts to be worked out, accounts back in Georgia to be closed, packing and unpacking to get done. I’m guessing we are going to be settled probably in the February time frame.

But seeing as we have been “unsettled” for really the past year as we dealt with moving back to Savannah, then moving John back to Stuttgart, an 8-month long distance marriage, packing up Savannah and then moving back to Germany together…I’m cool with the finish line being a couple months away. At least it’s in sight. 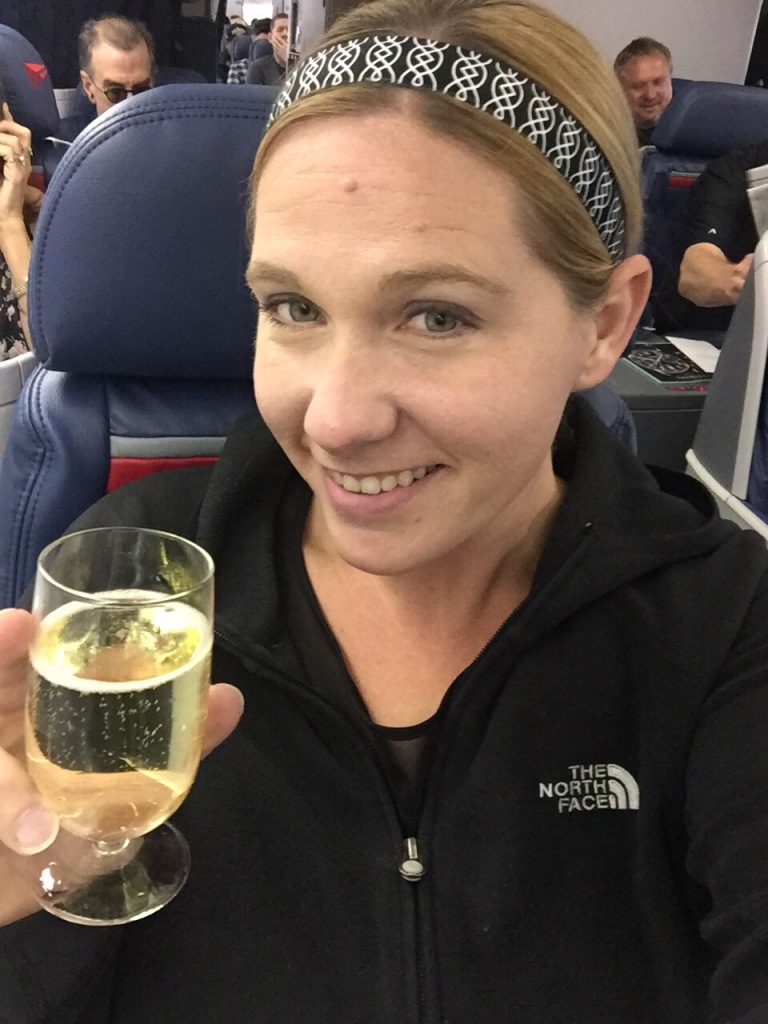 I was upgraded on both my flights to Atlanta and Stuttgart…I felt a little guilty that I was in business class, but John had an aisle exit seat, so it worked out!

And in between then, there will be adventures to be had!

In three short weeks, we’ll have our first visitor when my friend Karyn comes to town. I stupidly thought it would be fun to run a marathon in Italy, until I realized that marathon came just weeks after moving. Note to anyone – never, ever sign up for a long distance race if it falls anywhere near a major move. There’s a chance your training will take a backseat. It’s happening, but it’s not going to be pretty! But then she stays for another week to go Christmas Market hopping with me which will be so wonderful!

I booked a weekend in Prague for my birthday in December. It will be our third time to that lovely city and the first during the winter. I can’t wait to see it covered with snow and Christmas lights!

Neither of us will have the leave to go home for Christmas this year, which means I will need a distraction to not spend the whole day in tears. I feel London at Christmas will do just the trick. We’ve both been there separately but not together, and from what I’ve seen, the city is magical during the holidays.

I’m so excited…and happy…and a little nervous – but I’m only nervous about next week’s forecast: 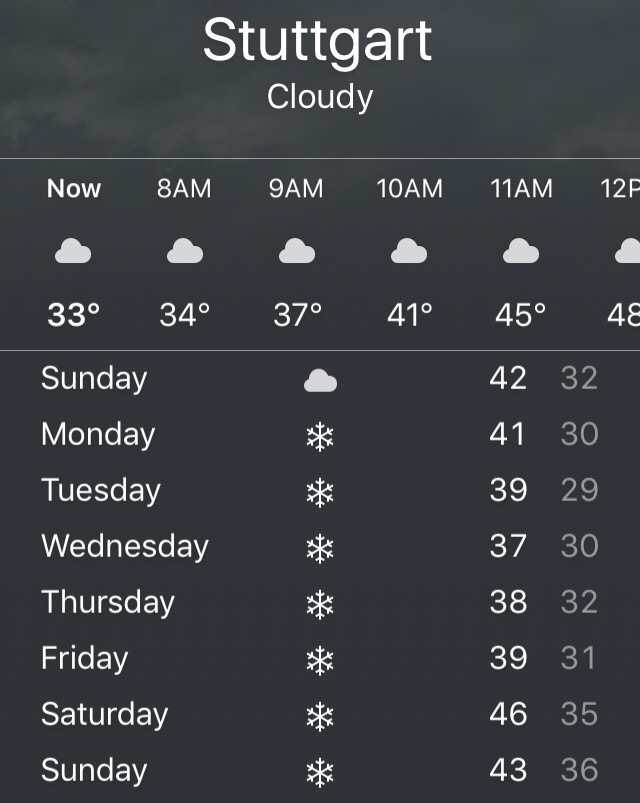