Where: The Cliffs of Moher, the Burren and Galway
When: May 2013, part of our 10-day trip around Ireland
Hotel: Imperial Hotel Galway
Why Moher, Burren and Galway: I definitely would not have wanted to miss the Cliffs of Moher, which is arguably one of the most recognizable sights of Ireland and it was one of the first things that made the “must-see” see list! (Travel tip – book your tickets to the Cliffs online and save 10%!) I didn’t know much about the Burren, but it was on the way to Galway, so why not? And Galway was the perfect spot to spend a couple of nights before making the way back to Dublin for the last couple of days of the trip!

The Trip: Because we had spent so much time in the car the previous day while driving the Ring of Kerry, we weren’t really interested in having a repeat of that. The work around was that we had hopefully scheduled enough stops so that it didn’t seem quite so long. The plan for this Day #7 was to get up early so that we could be there by the time the Cliffs opened at 9 a.m. to hopefully beat the tour buses and crowds. It was a successful move as we were the first ones to pull in the parking lot less than 90 minutes after we had left Limerick.

It was cold and slightly rainy, but we were very fortunate with the weather. I’ve heard stories about people who have shown up – only to have the Cliffs completely covered by fog. Definitely check the weather forecast and if it calls for fog – adjust if possible!

We luckily were able to enjoy the view before the crowds showed up!

Sadly, there are now barriers around the edges of the cliffs that weren’t there before. There are also signs everywhere about calling for help if you feel down – so one can only guess that there is a correlation between the two! However, we – being rebels – walked up the Cliffs on the left side and when you reach the end of the property line, there is a way to go around the fence and get really closer to the edge. There is also a really, really pretty view from there so it is highly suggested!

Don’t get too close to the edge! 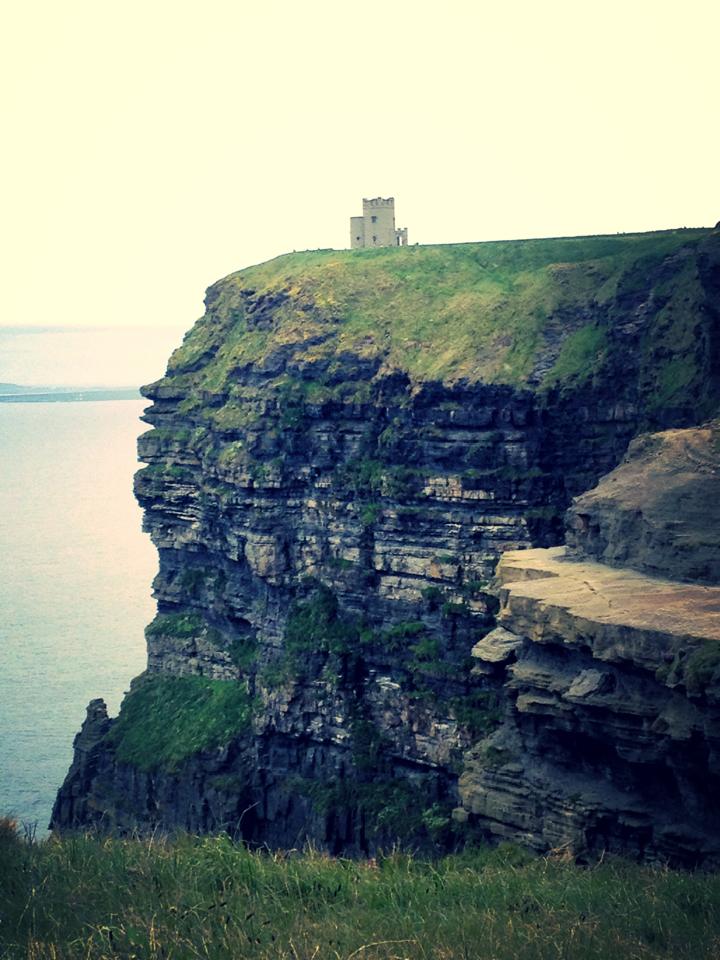 O’Brien’s Tower, which is also on the property

We walked around the Cliffs for a bit, which were really pretty – and well worth the trip! But I wouldn’t say it was necessarily a long stop – unless you also spend time in the visitor’s center (which is actually really cool – it is built into a Cliff as well, and the souvenior store there is great!)

Our next stop the Burren area of Ireland. Now time for a Wikipedia-themed lesson: The Burren (which means “great rock”) is one of six National Parks in Ireland and the smallest in size – although it has one of the largest “karst” landscapes in Europe. Karst is “a geological formation shaped by the dissolution of a layer or layers of soluble bedrock, usually carbonate rock such as limestone or dolomite.”

My friend Emily warned me that after awhile, the Burren really started to run together into one big pile of rocks – so we compromised and picked one destination in the Burren to see before heading out to Galway.

Our destination: Poulnabrone dolmen. (Here comes more Wikipedia knowledge) The Poulnabrone dolmen is tomb dating back to the Neolithic period, probably between 4200 BCE and 2900 BCE. When it was discovered, excavation efforts found between 16 and 22 adults and six children were buried under the monument along with such personal items as polished stone axe, a bone pendant, quartz crystals, weapons and pottery.

The lanscape was actually very cool – which was a pleasant surprise!

Odd in an odd but interesting place!

Our last leg of the day took us an hour up the road to Galway, a town I really wasn’t familiar with but one that turned into one of my favorite stops on the trip. Galway is a great town on the Atlantic that isn’t really all that big – even though it is home to more than 75,000 people – but is exceptionally fun! What I found most surprising was the number of pubs packed into one small area. It was great! After a bit of shopping (Galway is the birthplace of the Claddaugh Ring – it’s a must-buy!!), we went on a self-guided pub crawl. We did quite well, actually, making it to five of the top 10 pubs!

A look at Galway: 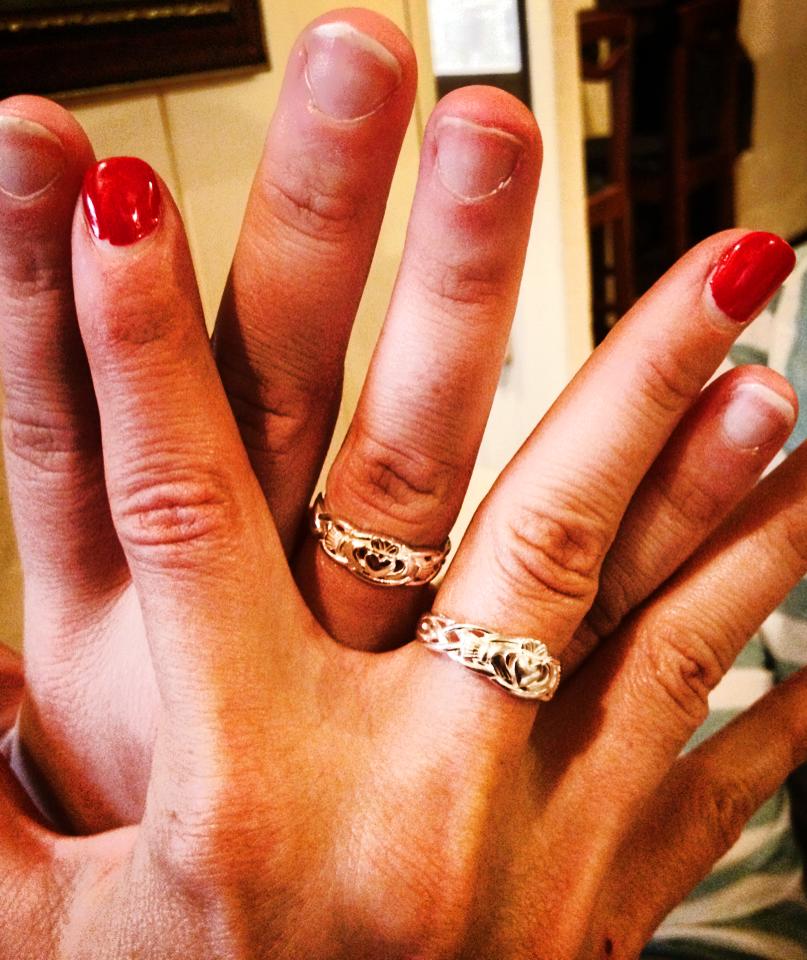 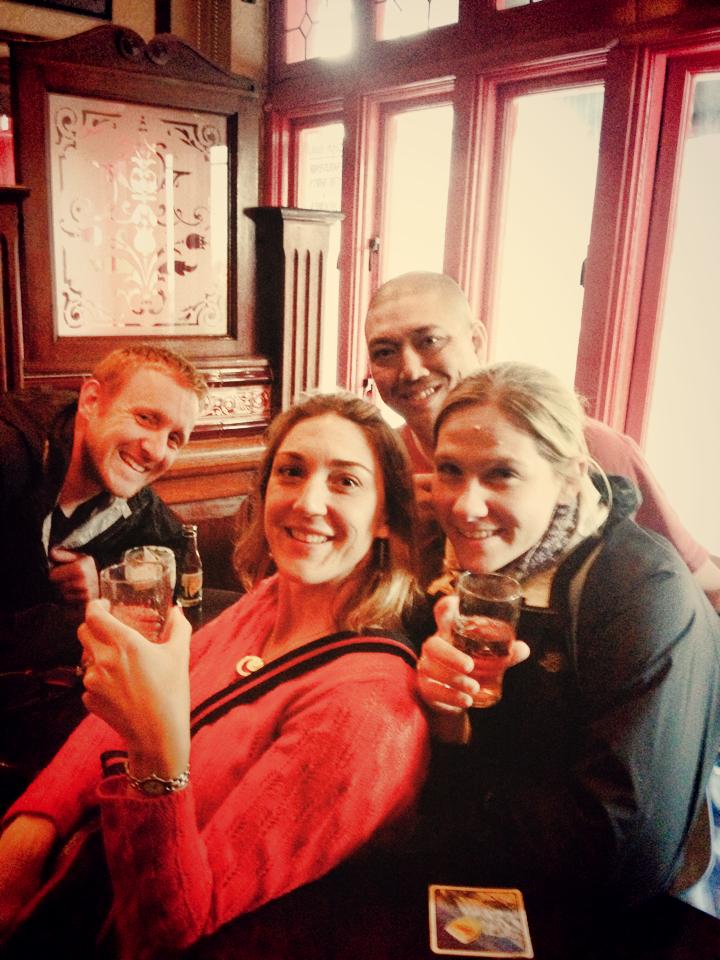 The four of us on our pub crawl!

Thanks to Jameson and Ginger, the pubs started to run together a bit! I do remember they were fun though! 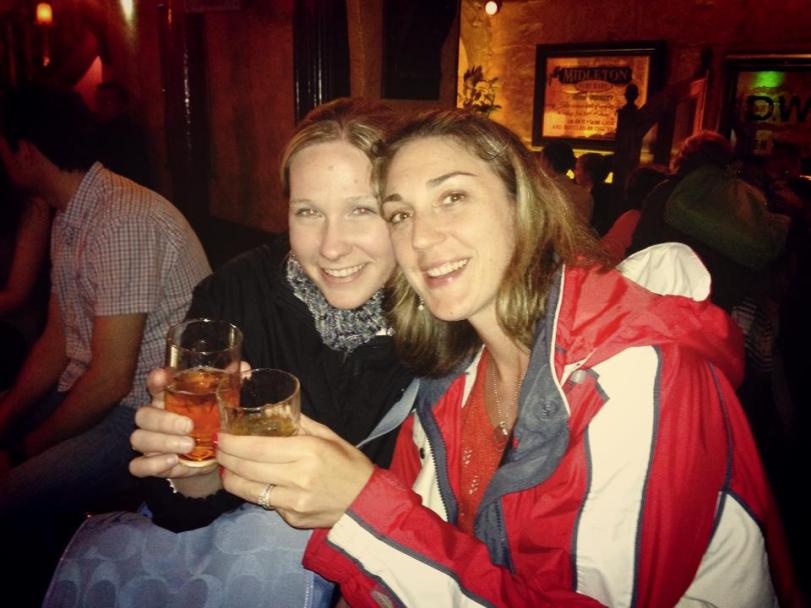 Renee and I definitely enjoyed the pub crawl! 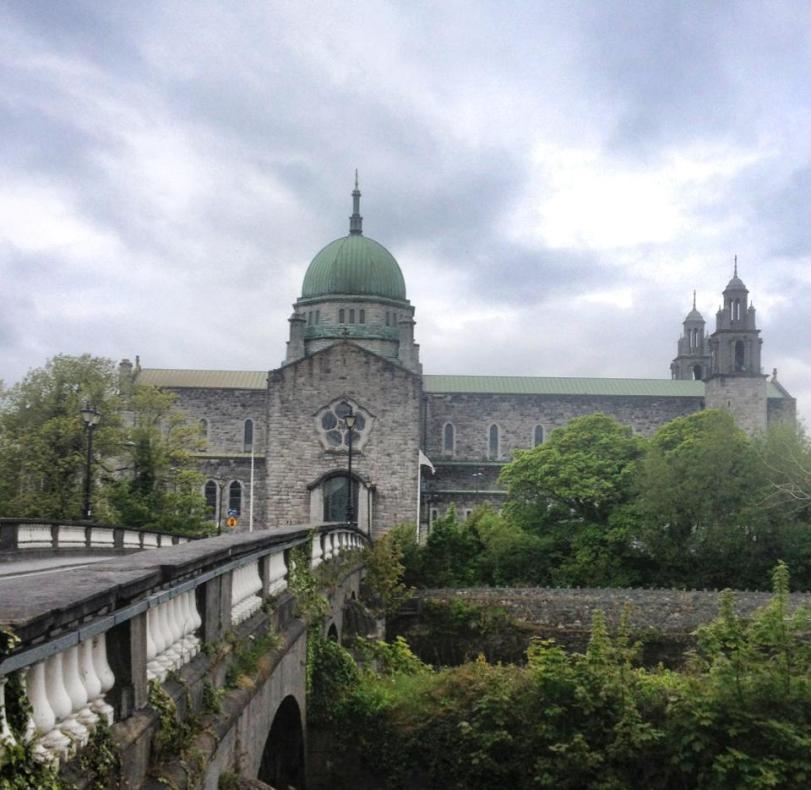 There are things to see besides pubs…such as the Galway Cathedral! 🙂 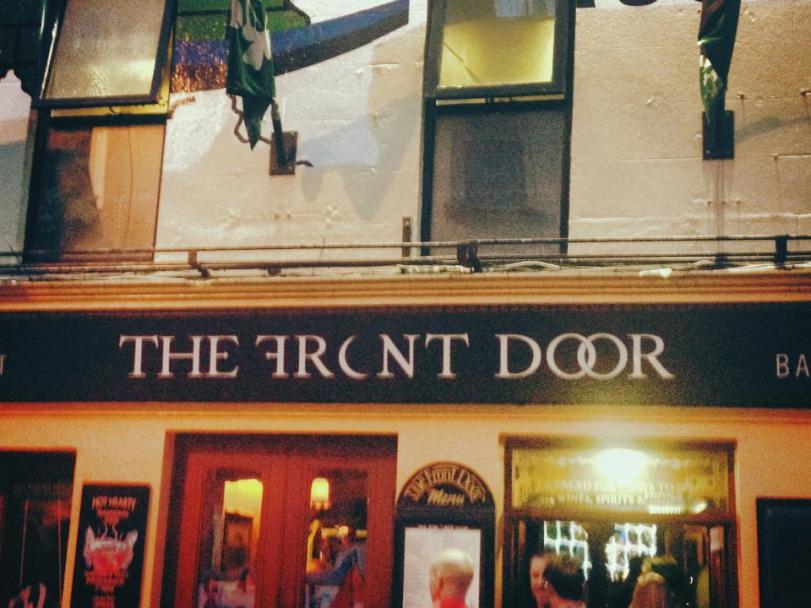 But the pubs were great! The music and atmosphere was amazing! 🙂 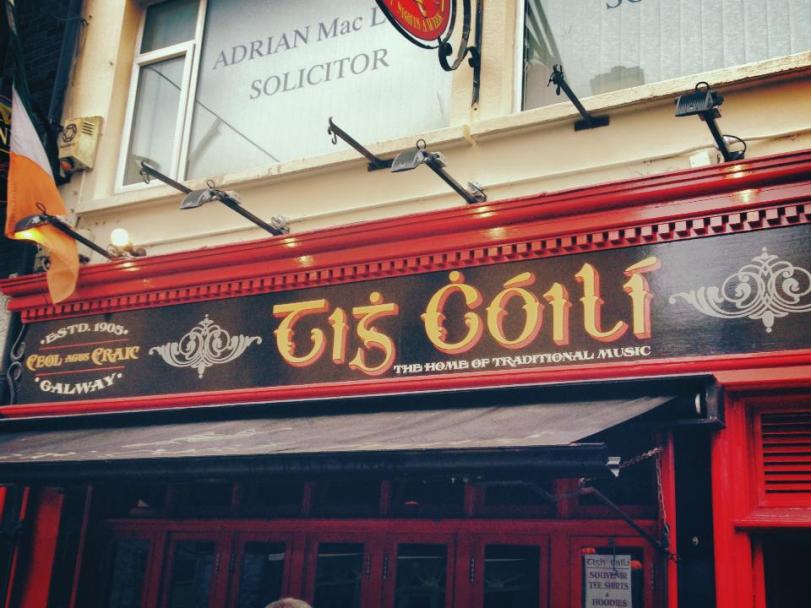 But don’t forget to visit the pubs!

Final Impressions: Loved Galway and wouldn’t mind going back to explore more of the town! It really was one of my favorite places and a great place to unwind – especially after long days in a car! 🙂