Throwback Thursday: The Ring of Kerry!

Where: The Ring of Kerry
When: May 2013, part of our 10-day trip around Ireland
Hotel: We ended our day in Limerick, staying at the Jurys Inn
Why The Ring Of Kerry: The Ring of Kerry is described as Ireland’s “Most Scenic Drive,” and I wouldn’t disagree. While there is plenty to do along the route, we only highlighted a few of the stops along the way – and just ended up stopping when we saw something that interested us. It was going to be a fairly long day in the car – first with the drive around the Ring, then ending with the 1.5 hour drive to Limerick, which was our stop for the night. I’d read a little bit about the Ring of Kerry and was looking forward to seeing if the drive was as pretty as described!

The Trip: Unfortunately, the wedding party from the night before guaranteed that we were all working on very little sleep. My concern was just staying awake in the car! As we had seen Kenmare the day before, we could bypass that section of the Ring and started out our drive from Killarney, going clockwise around the Ring. I did look up information on this prior to going and a majority of the tour guides said to drive the Ring counter-clockwise so that you would be going in the same direction as the tour buses. All of the blogs and personal comments I read said to drive the Ring clockwise, so that you wouldn’t get stuck behind a long line of slow tour buses that would almost guarantee doubling the drive time! We opted to go clockwise, making our way from Killarney to Sneem. 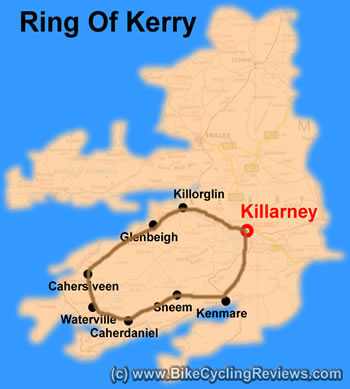 An outline of the Ring of Kerry. We set out early, making our way from Killarney to Sneem.

Sneem, with a funny name, was described as a pretty little colorful town worth a stop, but honestly, it was more like, blink and you miss it! 🙂 We drove through on our way to the Staigue Fort, which was made of circular drystone walls that were built sometime between 500 B.C. and A.D. 300. This was the bonus of driving ourselves instead of taking a tour bus. There is NO WAY that a bus could have gotten down the small streets to this Fort, which is in the middle of nowhere. Our worries were actually that another car would come from the opposite direction because it would have been impossible for either to pass! 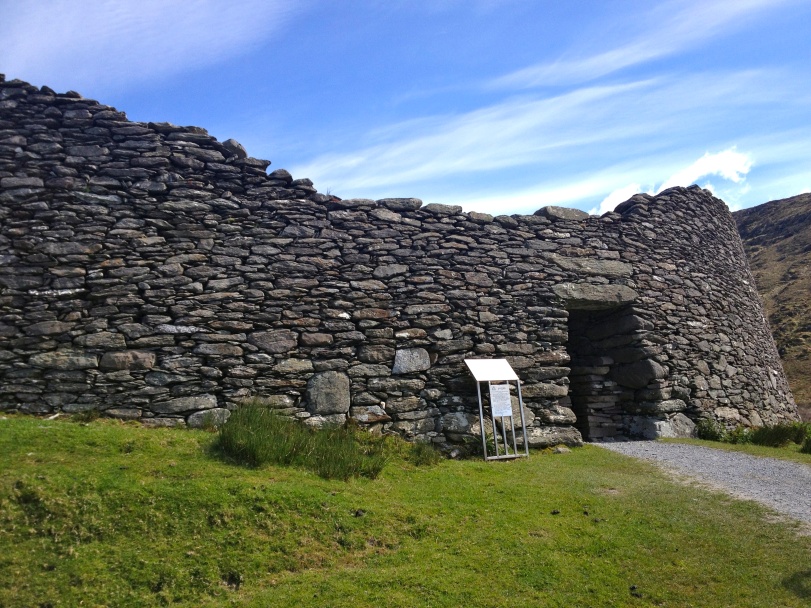 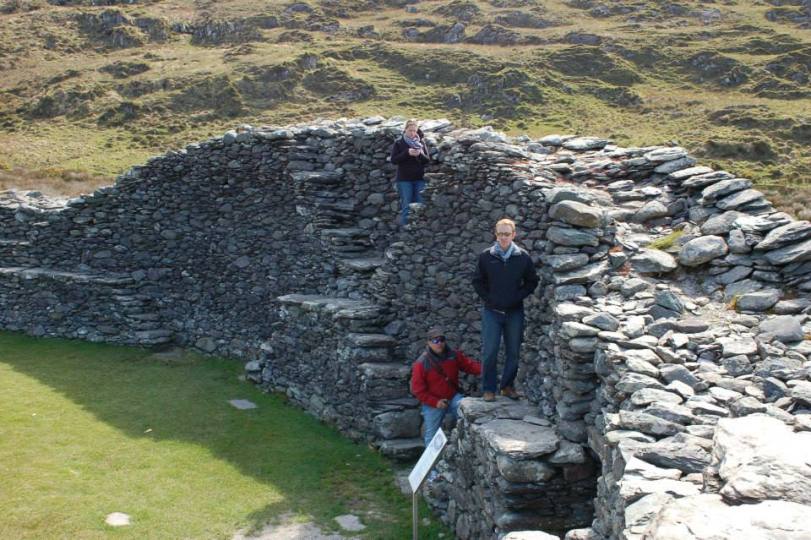 It was only after we climbed up that we saw the signs to please not climb. Oops!

Now to be honest, this is where the towns started to run together for me! I know we stopped in Waterville, which had a statue to Charlie Chaplin, which of course we had to stop and take a picture of and with! It was also in Waterville where we had a bathroom break in a slightly scary hotel, that also had a gift shop and a nice man who let us use his cell phone when we discovered we had left something back in our room in Killarney (luckily, it was still there and would be waiting for us to pick up!) So, instead of doing the play by play, I’ll let the pictures highlight some of the favorite sites on the trip! 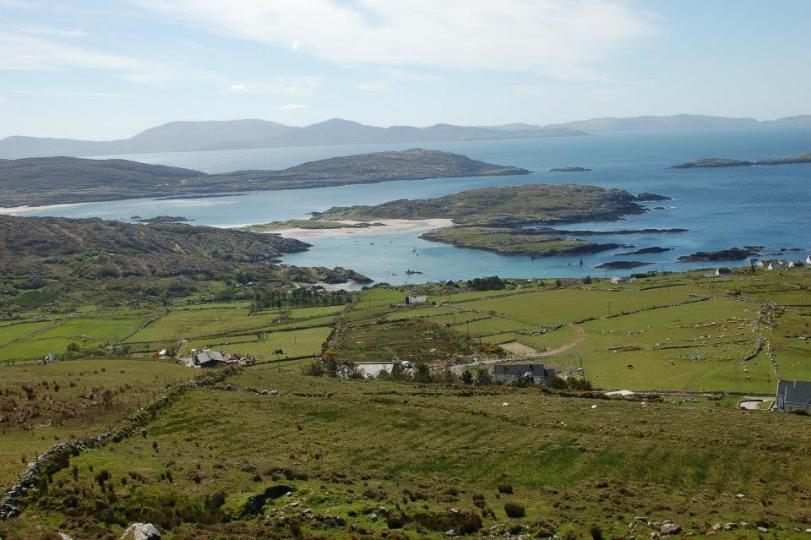 The Irish Countryside as seen from the Ring of Kerry. As the Irish say, Gorgeous! 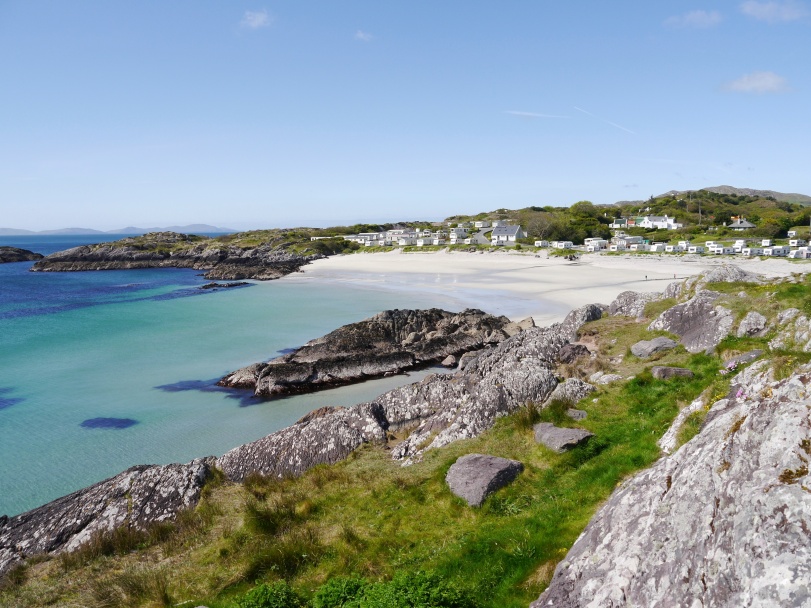 Could not get over how pretty and blue the water was! Definitely unexpected!! 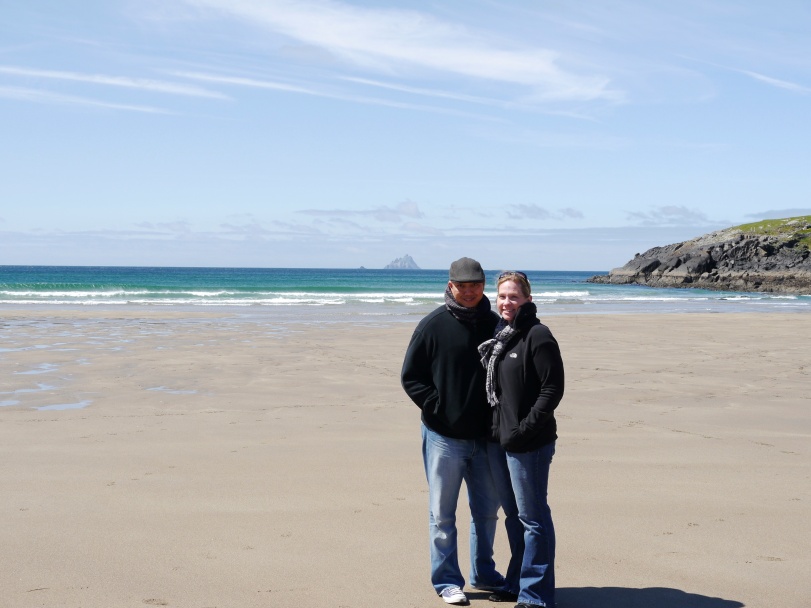 If you have the time, take the part of the Ring that loops out to give you a view of Skellig Michael. Definitely worth it. 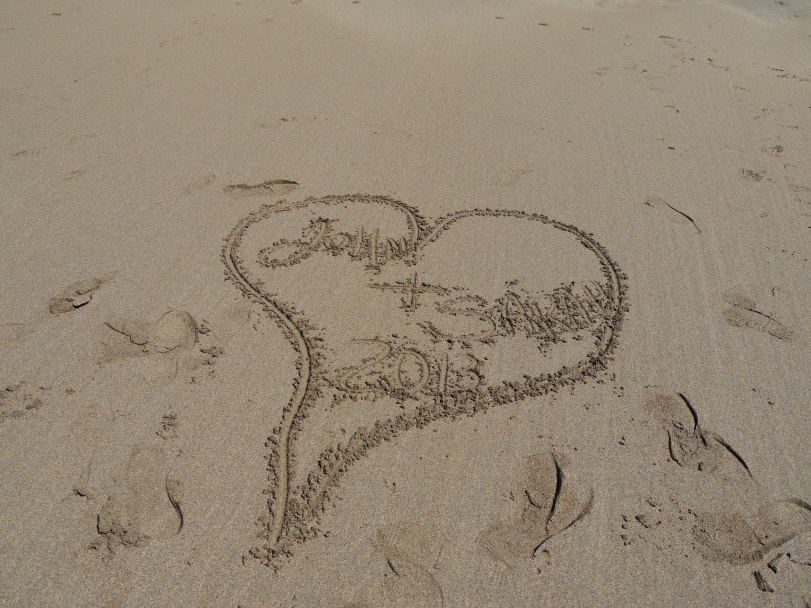 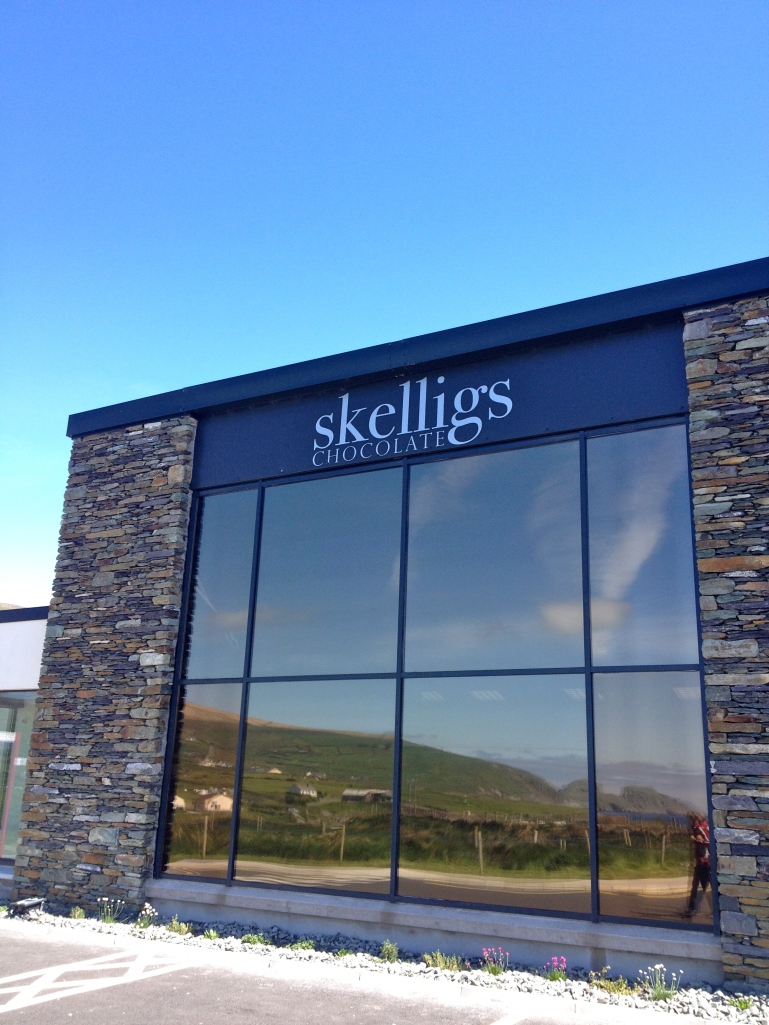 A highlight of adding in the extra Skellig loop? The Skellig Chocolate Factory! So yummy!! 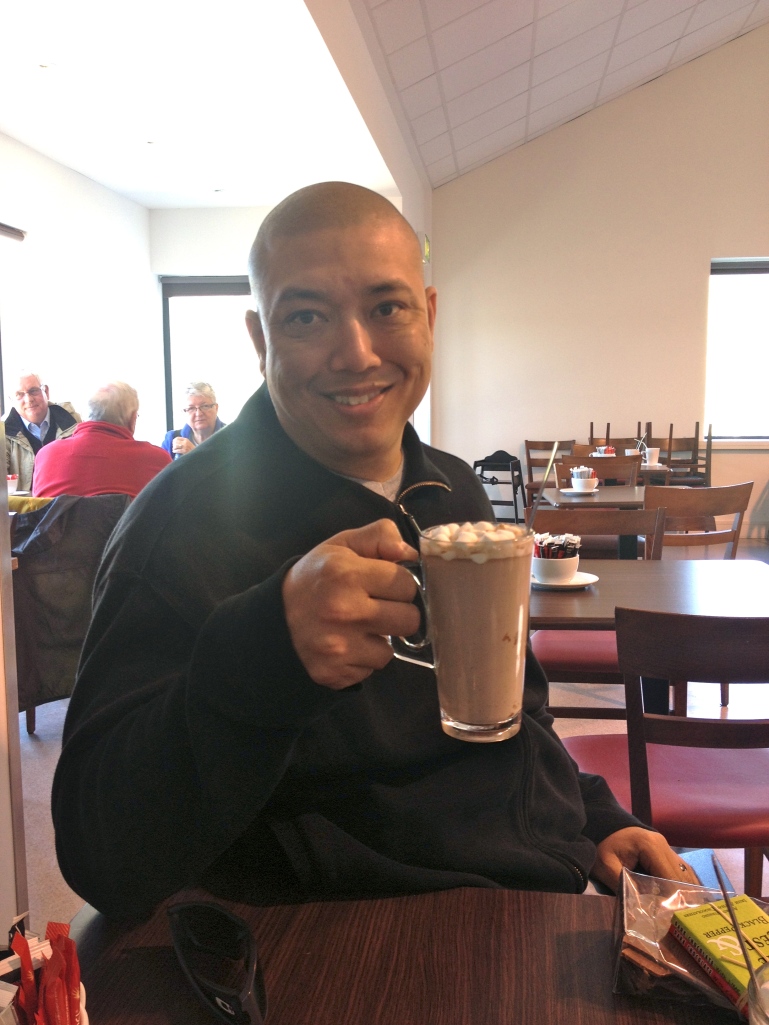 The hot chocolate was made from their melted down chocolate. It was delicious. 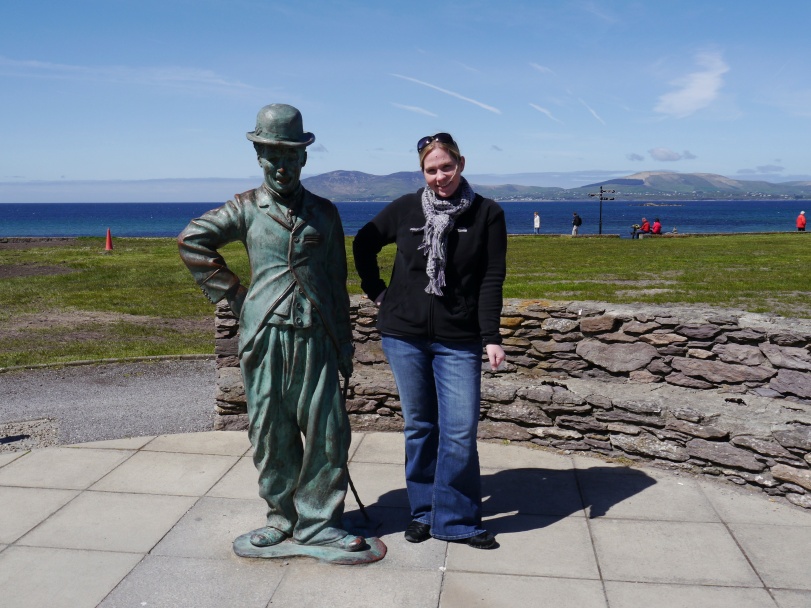 The Charlie Chaplin statue in Waterville. 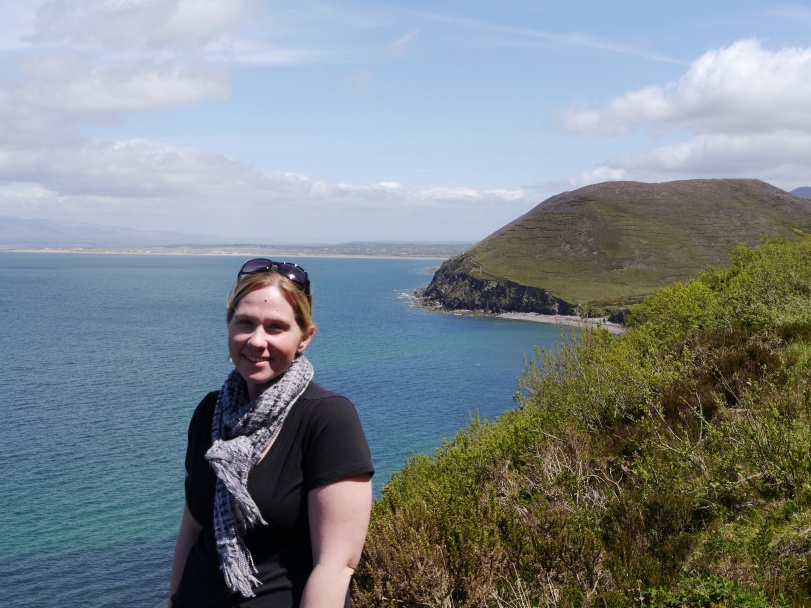 I believe this was nearing the end of the Ring. From here, we could see over to the Dingle Peninsula. 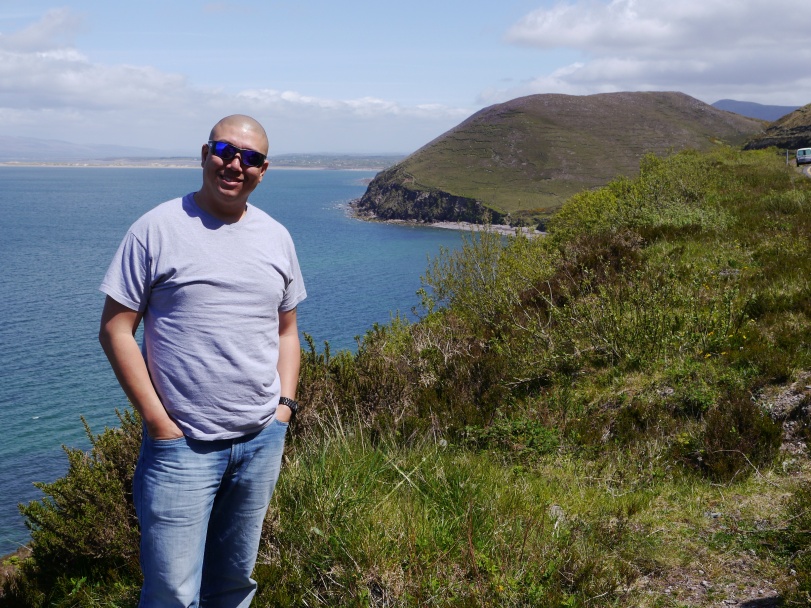 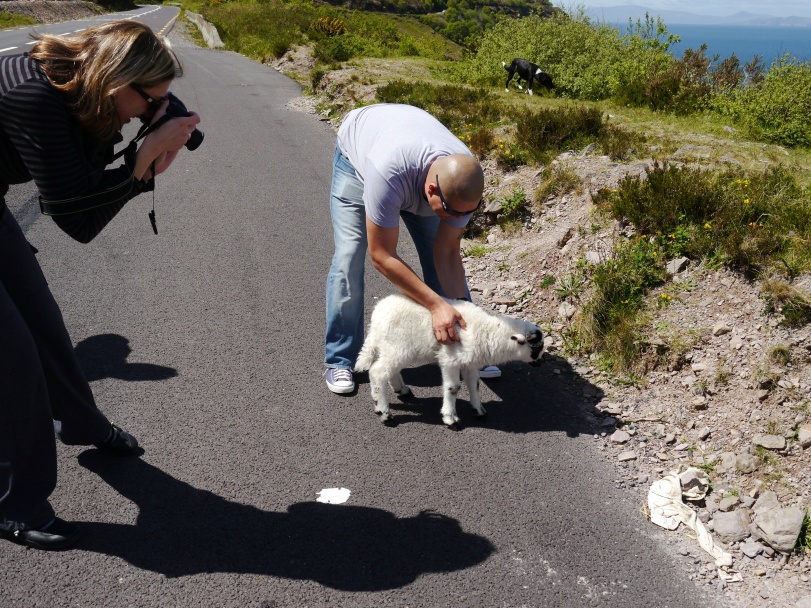 We had been driving when Renee noticed a sheep along the side of the road. Amazingly, it was actually a lost sheep whose owner had just found it! He let John and Renee hold and take pictures of the sheep! 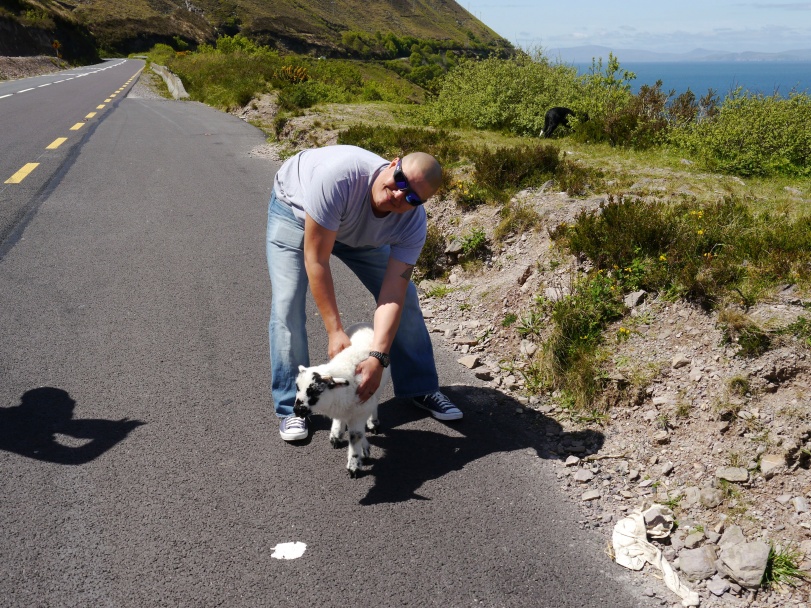 After a brief stop back at our hotel in Killarney, we made the 1.5 hour drive to Limerick for the night. I honestly wasn’t sure what to expect of Limerick, because everything I read was less than positive. But it proved to be a nice city to stop in and  stretch the legs for the night. We also found this great restaurant bar, the Locke Bar, for dinner. In all, very pleasantly surprised with Limerick. 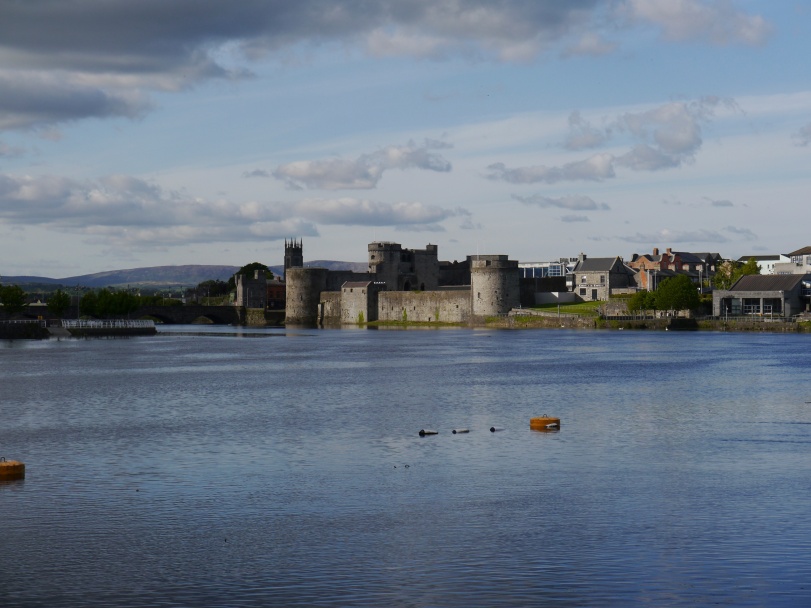 King John’s Castle in Limerick. Sadly, it was closed for renovations when we were there! 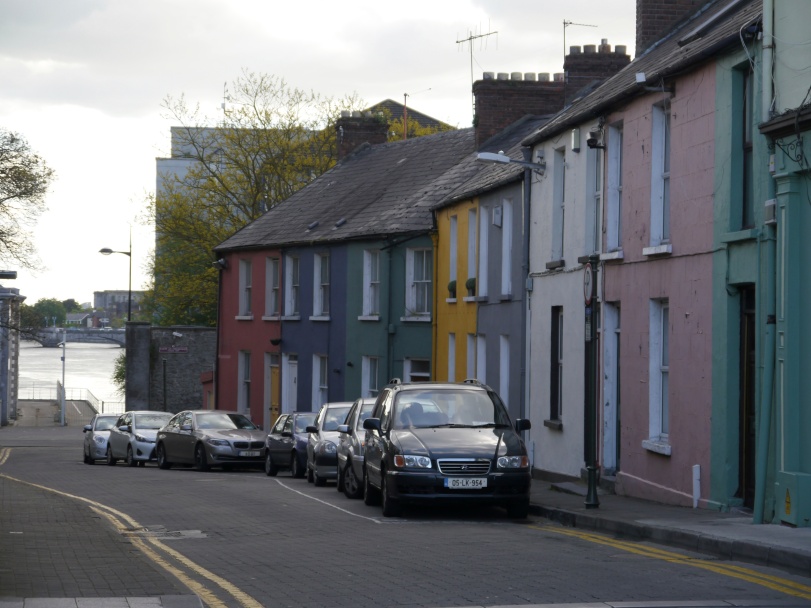 Loved the colorful row of houses! 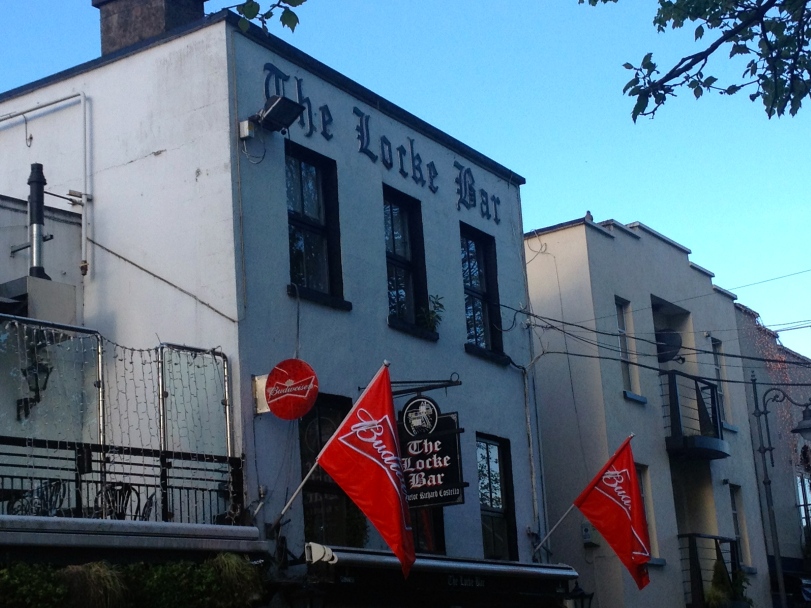 The Locke Bar! Definitely recommend it for dinner when in Limerick!

Final Impressions: The Ring of Kerry was beautiful, and definitely worth a spot in the itinerary. I wish I had done more research because the Skellig Michael history was very cool, and it may have been worth the boat trip over to experience it! I am glad I was a passenger in the back and not in the front, because it was windy, narrow and too close to the edge at times that was shielded from me in the back! Plan on making a day, if you do see it, and also add in the Dingle Peninsula – which is another one we skipped but may have been worth a second look at exploring. All in all, I really enjoyed the beauty of the Ring of Kerry!