Where: Krakow, Poland
When: February 2015
Hotel: Saint Thomas Apartment
Why Krakow: John had wanted to go back to Poland ever since we took a day trip to Wroclaw while we were visiting Dresden, Germany. We luckily had a four-day weekend that matched up and after unsuccessfully trying to narrow down a location via blindly pulling paper out of a hat, we picked Krakow. It’s a central location if you want to visit the salt mines as well as Auschwitz.

The two towns in Poland we have visited have the prettiest, most colorful squares!

The Trip: John, Caesar and I loaded up the Element and prepared for the 9-hour drive from Stuttgart to Krakow. It makes me laugh a bit when I tell people at work that more often than not, when John and I travel, we drive. It works well as both of us like road trips, and I honestly enjoy driving – you see so much more that way! Nine hours? That’s easy! 🙂 Although I will say that John and I have found that listening to books on tape makes the drive go much faster.

We arrived late in the evening, and after a slight mix-up that had us driving (accidentally) in the main square where no one drives, we made it to our apartment unscathed and ready to explore. Thanks to a good find on booking.com, we stayed in a 2-bedroom apartment right around the corner from the Main Market Square and St. Mary’s Basilica – for three nights, it was only $285 (love that Poland has not gotten ridiculously expensive!)…and Caesar got his own room, which made him very happy.

Caesar in his room…we actually woke up and wondered where he went…he found this room on his own.

Krakow is not a large city, and it is easy to see even with day trips planned. We had two full days to explore, and worked in a trip to the nearby Wieliczka Salt Mine (20 minutes from Krakow) and Aushwitz Concentration Camp (45 minutes from Krakow.)

Our first night – tired from our trip, we ended up having a beer at a Belgium bar (I can’t resist Belgium beer!) and called it a night.

The next day, we headed out to the Salt Mine for the tour (booked ahead of time!) It was a great tour – and I definitely recommend visiting the Salt Mines. The carvings are amazing – and my favorite part was the grand chapel…if only I could convince John to do a vow renewal ceremony, that would definitely be a great place to have it! (Although, in fairness to him, I have found no less than 20 places I would want to have a vow renewal ceremony…so his resistance is understandable!) 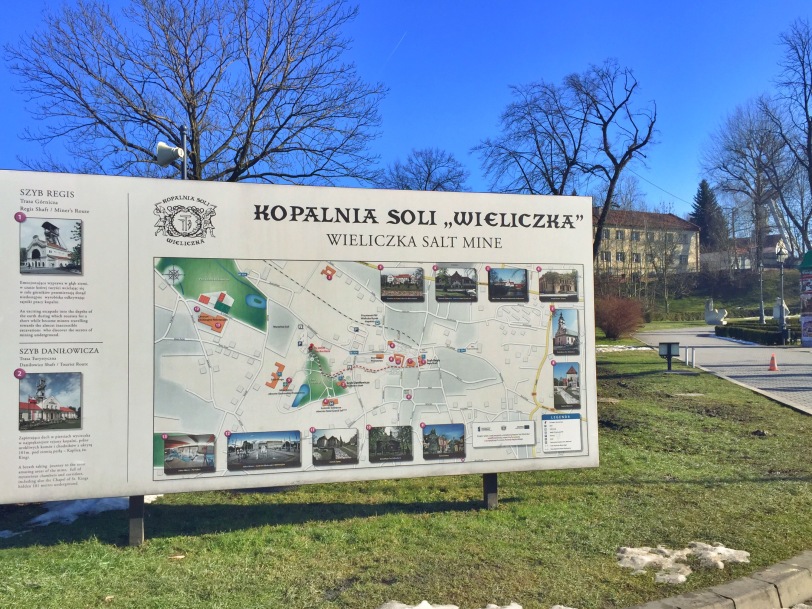 The UNESCO-recognized Salt Mine!

The carvings were crazy!

This pond in the Salt Mine is more dense than the Dead Sea!

The beautiful chapel – hard to get a good picture, but it was gorgeous.

That afternoon we wandered through Krakow, visiting the Main Square, the Cloth Market, Wavel Hill and the Jewish District. Poland is pretty and clean, with incredibly friendly people.

The main square – the largest medieval square in Europe – and basilica

The outside of the Cloth Market 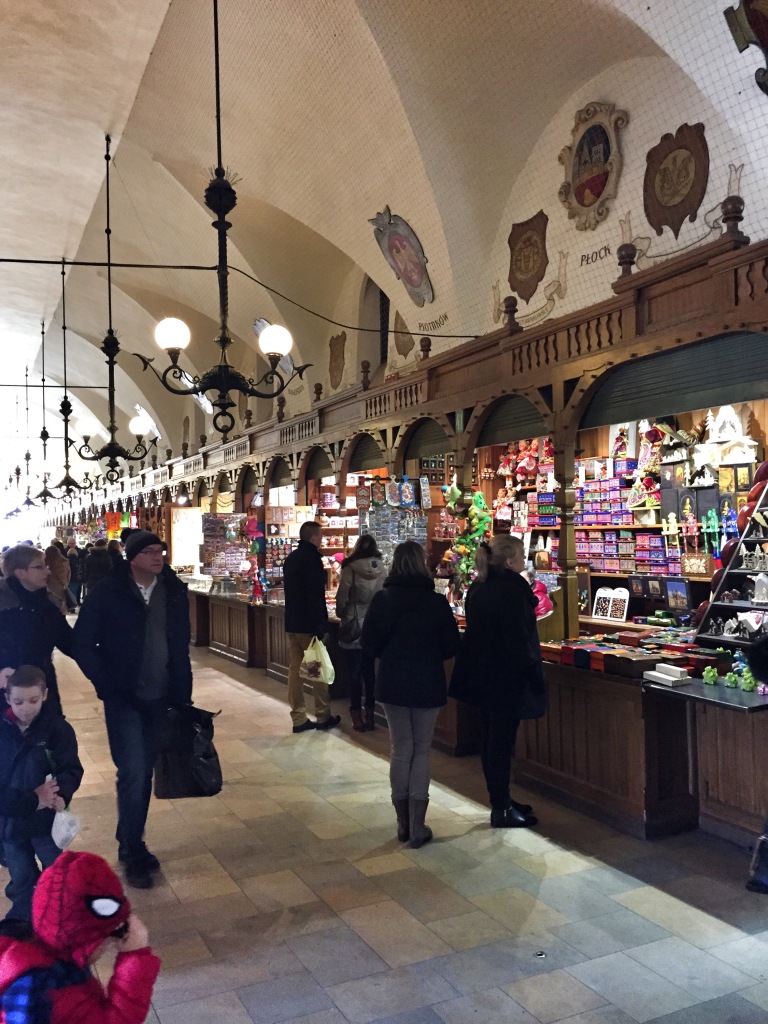 Inside the Cloth Market

A pretty church along the main pedestrian street that takes you from the main square to Wawel Hill. 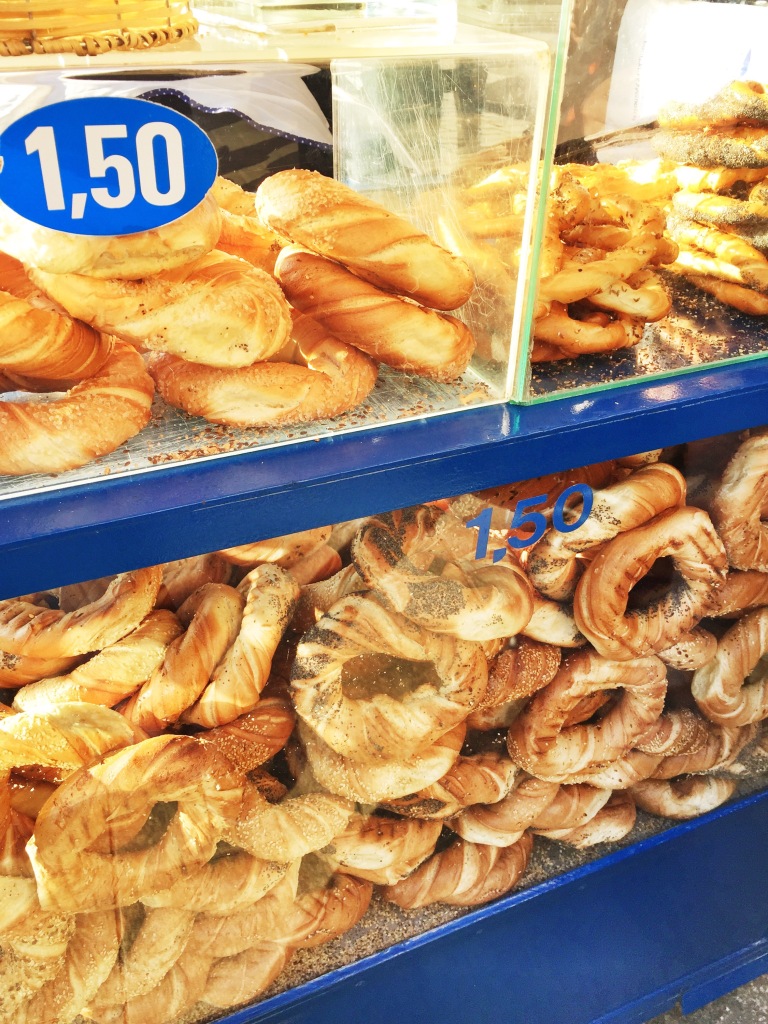 These stands are all throughout the city, and I had read they were a must-try…but they were a bit stale and not flavorful. So unless starving, I wouldn’t waste even the little money they cost! ($.40) 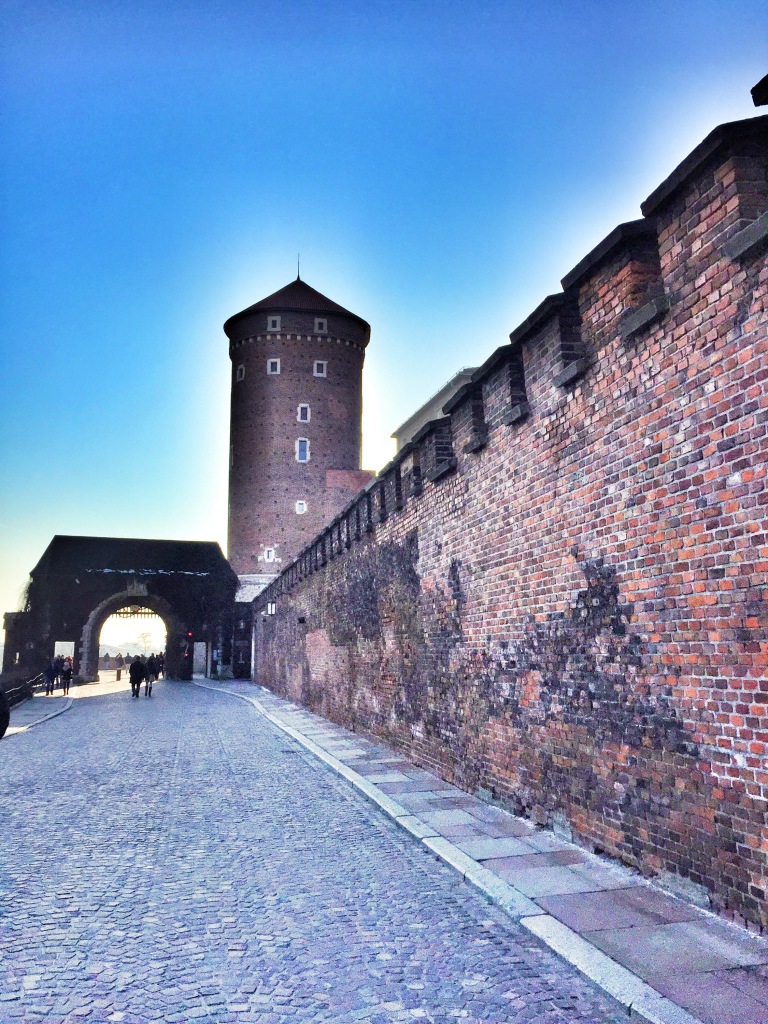 Entrance to the castle grounds

Looking into the Castle Grounds

A statue of Pope John Paul II – from Krakow, references to him can be found throughout the city. 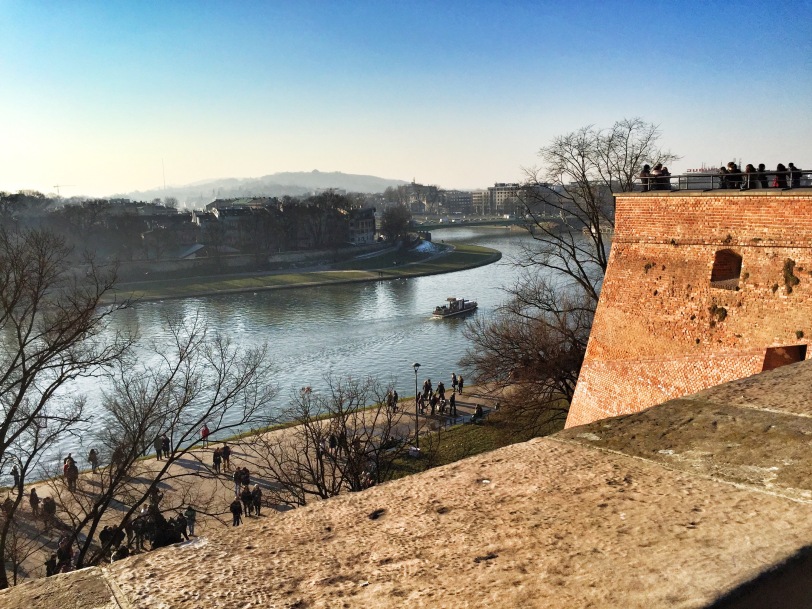 Last look at the view from Wawel Hill before heading to the Jewish District – a 15-minute walk away. 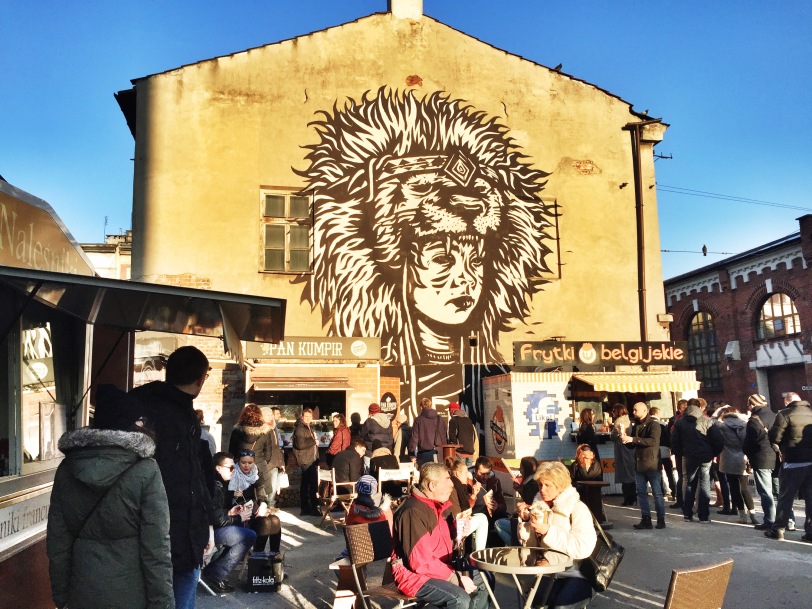 The next day, we made our way to Aushwitz – which I wrote about in another blog (found here.) After any visit to a Concentration Camp, I’ve always found a decompression period is a must. The camps are just so overwhelmingly horrifying, it’s hard to go straight to having fun. After a brief break at the apartment, John and I went out for one of my favorite parts of any visit – a night walk through the town. Honestly, I don’t think there is anything better than seeing all of the beautiful buildings lit up. We also happened upon a great piano bar, which was one of the highlights of the trip!

The basilica lit up at night.

Tasted a little “Wodka” or Vodka here! (A vodka and beer bar)

Final stop – this awesome piano bar. Seriously, the highlight of the trip for me!

On our way home, we stopped in Boleslawiec, the mecca for Polish Pottery. We only stopped at one – Andy’s Polish Pottery – but many people stationed in Germany make a weekend out of traveling to Boleslawiec to visit the many stores and stock up on the inexpensive pieces. Time prevented us from really making a lot of stops.

I opted against these adorable pieces but did have some good finds, even if Polish Pottery isn’t really my style.

Final Impressions: Simply put, Poland is great. It’s clean, inexpensive and still hasn’t been overrun with tourists. It’s still a secret gem that is definitely worth including in a Eastern Europe itinerary!

Sunset on the drive home…

Had a great time in Poland, but it’s always nice to get back to Germany!